FRANKFORT, Ky. (May 29, 2018) – Gov. Matt Bevin announced today the appointment of Derrick Ramsey as Secretary of the Education and Workforce Development Cabinet, responsible for educating, preparing, and training Kentucky’s current and future workforce.

Ramsey has decades of experience working in Kentucky’s higher education system.  He began his career as a Community Relations Officer at the University of Kentucky before becoming Athletic Director at Kentucky State University, where he developed the Student-Athlete Excellence in Academics program.  Under his leadership, Kentucky State athletics produced more Presidential Scholars than any other school department.  Ramsey also served for seven years as the Director of Athletics for Coppin State University in Baltimore.

Most recently, Ramsey served as the Secretary of the Labor Cabinet under Gov. Bevin, where he was responsible for administering worker compensation and workplace standard laws for 1.9 million Kentucky workers and employers.  Ramsey also served as Deputy Secretary of Commerce under former Gov. Ernie Fletcher, where he managed a $50 million budget and oversaw human resources for the agency.

“Derrick has worked tirelessly for the past 30 months, as Labor Cabinet Secretary, on behalf of Kentucky’s working men and women,” said Gov. Bevin.  “He has devoted himself to ensuring that Kentucky is the best place in the country to work, and he understands the unique challenges that are before us as we educate and prepare our next generation of workers.  This experience, coupled with his extensive leadership background in and out of government, makes him an ideal choice to lead Kentucky’s Education and Workforce Development Cabinet.”

As Labor Secretary, Ramsey emphasized workplace safety education and helped to streamline and modernize the state’s litigation management system for workers’ claims. Ramsey also revived Kentucky’s Registered Apprenticeship Program to better recruit and train the next generation of workers.  Over 1,000 Kentucky employers have joined the program, which offers paid on-the-job training for participants.

Ramsey is also an accomplished athlete and was the first African-American starting quarterback for the University of Kentucky football team.  His athletic abilities vaulted him to a nine-year career in the NFL, which included a Super Bowl championship in 1981.

Ramsey resides with his wife in Lexington, Ky.

“I am grateful for Don’s service as Acting Secretary,” said Gov. Bevin.  “He selflessly stepped into the role, and his strong leadership has served the Education and Workforce Development Cabinet well during the last month.”

Gov. Bevin also announced the appointment of Mike Nemes as Acting Secretary for the Labor Cabinet.  Nemes is currently the Deputy Secretary for the cabinet and is a former state lawmaker.  As the representative for Kentucky’s 38th House District, Nemes was co-chair of the Labor and Industry Committee and a member of the Judiciary and License & Occupation committees.  He spent decades in the business sector, working for 17 years as a soft drink bottler before purchasing a successful bakery distributorship.

“Our administration is committed to making Kentucky the best version of itself, and each of these cabinets plays a significant role in educating, licensing, and protecting our state’s current and future workforce,” said Gov. Bevin.  “I am calling upon every Cabinet Secretary to explore possible synergies and efficiencies to further our shared goal of creating a skilled workforce that is the best in the nation and is equipped to meet the demands of Kentucky’s growing economy.” 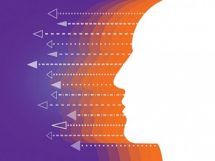 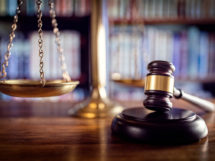 Bridgehaven CEO to step down after 23 years