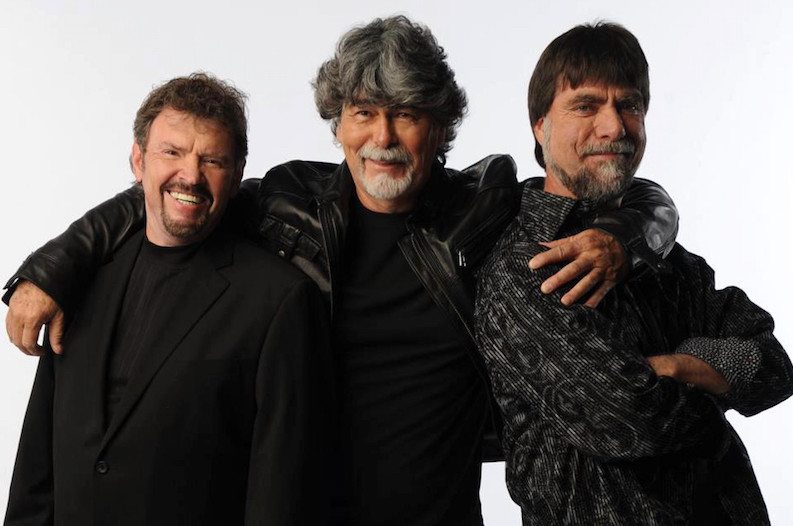 LEXINGTON, Ky. — It will be a historic night of country music when Alabama, Ricky Skaggs and The Kentucky Headhunters take the stage for one night only at Rupp Arena on Friday, Dec. 7 at 6:30 p.m. Tickets go on sale this Friday, Sept. 7 at 10 a.m. EST at Ticketmaster.com, the Rupp Arena Box Office, by phone at 1-800-745-3000 and all Ticketmaster outlets. This event is presented by IHeartRadio & Outback Concerts.

Alabama is the band that changed everything, bringing country music to the mainstream. Their music is timeless and can be heard today as a part of every cover band’s setlist in nearly every college town in America. While their music continues to stand the test of time, their numbers and stats are beyond compare. They have charted 43 no. 1 singles including 21 no. 1 singles in a row, a record that will likely never be surpassed in any genre. They have won over 178 CMA Awards, Grammy Awards, ACM Awards and counting. They’ve earned 21 Gold, Platinum and Multi-Platinum albums and were named Group of the Century. They are members of the Country Music Hall of Fame and have a star on the Hollywood Walk of Fame.

Fifteen-time Grammy Award winner Ricky Skaggs’ career is easily among the most significant in recent country music history. If Skaggs’ burgeoning trophy case full of awards wasn’t already enough evidence of that fact, consider that legendary guitarist Chet Atkins once credited Skaggs with “single-handedly saving country music.” His life’s path has taken him to various musical genres, from where it all began in bluegrass music, to striking out on new musical journeys, while still leaving his musical roots intact. In the past decade, he has been honored with inductions into the Gospel Music Association’s Gospel Music Hall of Fame, the Musicians Hall of Fame and most recently has been named as a member-elect to the Country Music Hall of Fame Class of 2018.

The Kentucky Headhunters are declared “the great American rock ‘n’ roll band” by Billboard magazine, began their professional journey in 1968 when brothers Fred and Richard Young and cousins Greg Martin and Anthony Kenney formed the Southern blues-rock band Itchy Brother. The band morphed into The Kentucky Headhunters in 1986. Their first album, 1989’s Pickin’ On Nashville, was released by Mercury Records and surprised the world, becoming a bona fide hit, selling over two million copies. The album won a Grammy Award, three Country Music Awards, an American Music Award and an Academy Of Country Music Award. It spawned four consecutive Top 40 Country hits. Currently, the band is made up of Richard Young, Fred Young, Greg Martin and Doug Phelps.