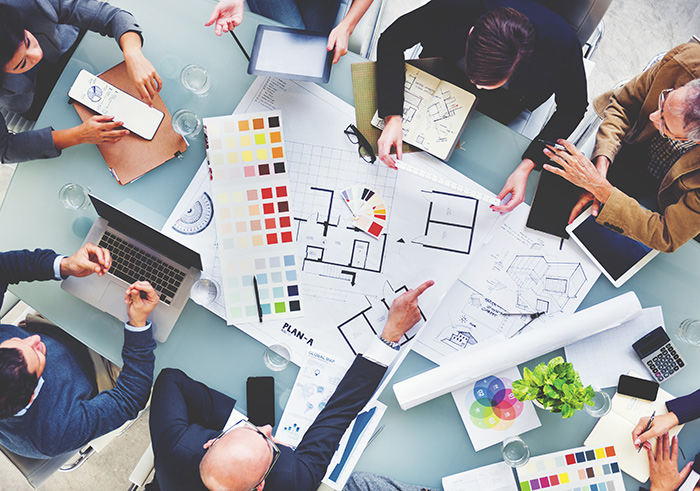 Kentucky architects are having some of their best years ever as they work to meet clients’ pent-up post-recession need for new construction, expansions and updates to business, government and nonprofit facilities. Firms’ growing staffs and billings are topping pre-recession levels.

A shortage of skilled construction labor nationally is slowing the cycle on seeing some jobs through to completion, Kentucky architects said, but beyond that, it’s a good time to be a professional designer of construction projects.

“It’s a fun job,” said Wayne Estopinal, founder of Louisville-based TEG Architects. “What we do every day (create and build new facilities) most of our clients do once or twice in a career.”

Estopinal spoke by phone in early September from Louisiana on a day he had meetings with two clients in the health-care sector in different parts of that state. TEG specializes in health care and has “about 60 employees” today, nearly double the 32 it had in 2008.

Kentucky had 724 registered resident architects as of mid-2017 and another 1,906 registered under reciprocal agreements, according to the National Council of Architectural Registration Boards. NCARB reported 113,554 architects nationally in 2017, a 3 percent jump from 2016 and about 10 percent more than a decade earlier.

The number of active U.S. construction projects has continued rising in 2018, according to the Dodge Index, which tracks the numbers. July figures, the most recently available, were on track for around $817 billion in U.S. construction. That is up by 70 percent from the numbers seen in 2011 and 2012.

“Ten years ago it was ‘What can we do to survive this?’ Billings today are back to the levels of allowing us to grow the firm and reward our employees,” said Estopinal.

Hospitals especially get “so much wear and tear” and require more maintenance than most categories of building, said Brad Stengel, a co-senior principal and owner with Charles “Chip” Hill of Stengel Hill Architecture. The 22-year-old Louisville firm also specializes in health care, which kept it in steady work through the recession.

Ever-changing medical technology keeps bringing work to Stengel Hill and its 45 employees because each new generation of imaging or radiation equipment or new surgical strategy often means construction to support it. The growth of behavioral health care the past 10 years is also generating construction, such as the 77,000-s.f. Southcoast Behavioral Health psychiatric hospital Stengel Hill recently designed in Dartmouth, Mass.

“The current business environment and foreseeable horizon is probably the best Stengel Hill has ever seen,” Stengel said.

The Great Recession and its financial crisis a decade ago brought most construction to a halt for a couple of years. A slow-growth recovery kept business offices concerned and capital budgets tight. It was a difficult period for architects, whose unemployment rate climbed to around 30 percent.

However, management efforts that ramped up then to make business operations in all sectors more efficient are part of what is driving increased levels of construction today, according to architects interviewed for this article.

Corporate clients have become actively interested in human well being, said Eric Zabilka, vice president and a principal at Omni Architects of Lexington.

Employees in settings that support their well being have fewer sick days and are more productive and the business where they work “has a better bottom line,” he said.

The structures Omni crafts today “use evidence-based design. We use ideas that have been researched and investigated,” said Mike Jacobs, president and principal. “Natural daylight is important to job satisfaction and even well being. We have an unstated policy that we are not going to put somebody in a windowless box.”

Today’s desire calls for individual work stations with nearby common areas for collaboration and meetings.

“Sustainable building design is very important and is becoming the norm,” said Richard Polk, a senior partner with EOP. “Clients now expect architects to design highly efficient, healthy buildings as standard practice. Sustainable goals are being elevated to include net-zero energy buildings that consume no more energy than they produce. The next frontier includes positive-energy buildings that produce more energy than they consume and are net contributors to the energy grid.”

EOP also has plenty of health-care projects, and its list of civic-sector jobs includes what is currently the largest active construction project in the state, the $230 million expansion and renovation of the Lexington Convention Center and Rupp Arena that will transform the iconic facility into a glitzy, glass-skinned anchor of downtown Lexington.

[Editor’s note: The print version of The Lane Report misidentifies the architect of the expansion and renovation of Lexington Convention Center and Rupp Arena, which is an EOP project.]

NBC News came to Gateway to report about the first one, and other states have followed Kentucky’s lead in creating advanced manufacturing training education programs. Omni’s Jacobs has been invited to speak around the country on this new niche category.

“Kentucky is a market leader on that building type,” Zabilka said. “This is a highly specialized type of project.”

Omni is the leader in designing them because it more or less had to invent them. When the firm took on the first assignment at Gateway, it researched for a precedent facility as a reference point and found none, Zabilka and Jacobs said.

“One factor that the design professionals in Kentucky must be particularly sensitive to is cost of construction,” said Rick Ekhoff, co-founder and design partner of EOP Architects. “Our developer clients cannot expect the same rental or sales prices that developers can ask for in the larger cites, so we must create design excellence on a much tighter budget.”

Lexington-based EOP also finds that health care “is still a very strong market, as is higher ed,” Ekhoff said. “We are seeing some resurgence in the retail market.”

K. Norman Berry Associates Architects did the design work for the recently completed $32 million renovation of the former Fayette County Courthouse into a mixed-use office and event space and the renovation of 10,000 s.f. of space in the 700 block of West Main Street in Louisville into new offices for Leadership Louisville Center.

CMW Architects & Engineers in Lexington “is fortunate to have recently been awarded two major shopping center renovations/expansions and several new shopping centers,” said Darenda Watkins, principal. “Office space seems to be in high-demand, as we have also been awarded several new office buildings. A new market for CMW that has really taken off in the past two years is the hotel business.”

Detention centers are a strong market for CMW, Watkins said, because most of Kentucky’s facilities are overcrowded and have failing infrastructure. Sports parks and complexes are another bright spot.

The general drive toward more efficiency is affecting design trends so that builders can be more productive also.

“Modular construction is growing in both residential and commercial markets, said Richard Polk Jr., senior partner at EOP Architects. “This allows portions of the work to be prefabricated off-site in controlled workshops to save time, reduce cost, reduce waste and improve quality. Many hotels and high-density residential projects now bring in fully completed bathroom modules that are set in place as finished units. This is also occurring in other repetitive building types such as hospitals, offices and retail.”

There also is increasing modularization in health-care projects, Estopinal said.

The efficiency movement is prompting some experimentation, too.

“I’m not sure it’s a trend,” Watkins said, “but we are currently designing a new coffee shop prototype out of shipping containers. It’s certainly been an interesting project, but not one that we think is going to take off in this area for a while.” 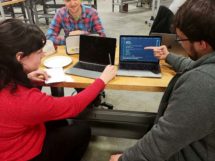 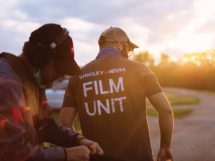 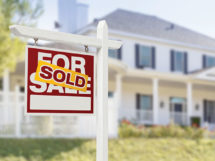 WKU student revving up a business while living his lessons as he learns them
Lane One-on-One: Remaking a Company, Region or State Takes Unity, Clear Goals, Then the Plan