LOUISVILLE, Ky. — Papa John’s International, Inc. has announced a new organizational structure consistent with the strategy laid out earlier this year to improve the experience that customers have with Papa John’s and accelerate growth. As part of the changes, Papa John’s has established dedicated roles and responsibilities around each consumer touch point and has consolidated the line of reporting for these roles under a new Executive Vice President, Chief Operating and Growth Officer position, which will be held by Mike Nettles. Nettles was most recently senior vice president, chief information and digital officer.

“Improving how we engage with our customers is core to the new operating priorities announced earlier this year,” said Steve Ritchie, president and CEO of Papa John’s. “By aligning our leadership structure around the customer experience, our team’s diverse talents will be leveraged to drive enterprise-wide change and pioneer new innovations that accelerate the company’s growth. Since joining last year, Mike has significantly elevated the consumer experience across our digital and mobile platforms. His promotion and the other appointments announced today reflect the strong contributions these executives have made to Papa John’s and our belief that, in their new roles, they can propel our success even further.”

Nettles has more than 28 years of restaurant industry and technology experience. He joined Papa John’s in 2017 as Senior Vice President, Chief Information and Digital Officer. During his time at Papa John’s, Nettles has developed a multi-year, customer-centric strategy to transform Papa John’s technology into an industry-leading platform. Under his leadership, Papa John’s mobile apps have become highly rated in both app stores (4.7 on iOS and 4.4 on Android), the company has established new ordering partnerships, including Facebook Instant Ordering, Amazon Alexa, and DoorDash, and Papa John’s has established key data and analytics capabilities to improve store operations and better inform customer engagement.

As part of the new organizational structure, Papa John’s announced the following executive appointments, all of which will report to Nettles. The changes are effective immediately:

Prior to Papa John’s, Nettles served as vice president of Enterprise Architecture and IT Strategy at Panera Bread Company. Previously, he served as the Chief Technology Officer at DiningIn Inc. Nettles also held positions with Torex and Brinker International and was the co-founder of eMac Digital/Savista and the founder and principal of Red Chair Ventures LLC. 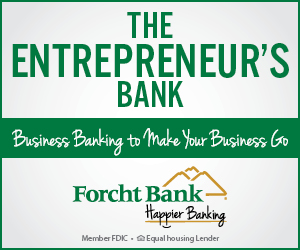 Key to COVID-19 therapeutics could be grown in … tobacco?

Kentucky artists quickly adapt in the age of COVID-19

That Personal Touch Is an Asset