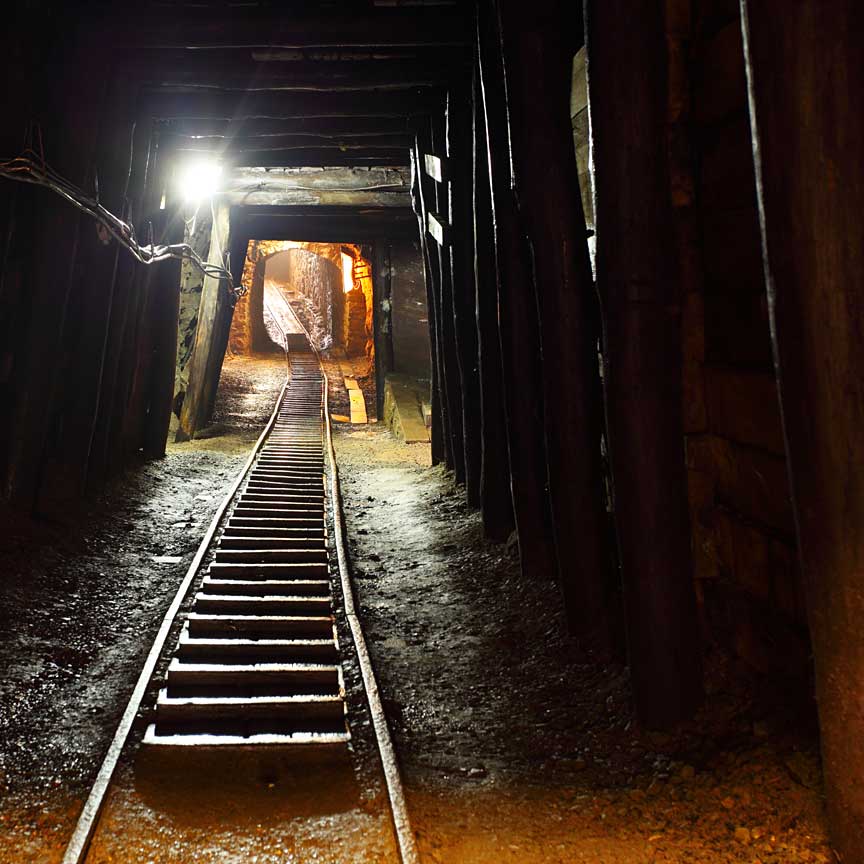 The project will involve refurbishing the electronics and controls of animated figures, upgrading audiovisual systems, lighting, and control functions of the Exhibition Mine Tour, and fixing drainage in the exhibition mine tunnels and making structural repairs to tunnel roof structures.  In addition, adjacent mine areas will be cleaned to accommodate a new walking tour and an additional mantrip vehicle will be purchased.

The Black Mountain portion of the project will create a new parking area with a scenic overlook, which will lead to a new walking trail that will take visitors to the overlook at the summit of Black Mountain – the highest natural point in Kentucky.  A proposed 40-foot –high observation tower will provide a scenic view of Kentucky and Virginia.

The Lynch Bathhouse/administrative building adjacent to Portal 31, will be renovated to increase office space. The renovation also will provide space for a planned dulcimer factory and other crafts, a planned coffee roasting company, and enlarge an existing mushroom growing operation.

“We need to tell our story and celebrate our history in Eastern Kentucky on a larger scale, and this grant will highlight the rich heritage of coal production and the beauty of our mountains in Harlan County,” said Congressman Rogers, who has championed $80 million in federal funding for Kentucky through the AML Pilot Program since 2016, alongside U.S. Senator Mitch McConnell (R-KY).

“We need to cultivate our tourism economy on a broader spectrum by improving and marketing the qualities that make our region so unique, like Portal 31 and the highest point in Kentucky on Black Mountain. Thanks to the hard-working and resilient people of Harlan County, the future for our rural economy looks brighter every day.”

In addition to the AML Pilot Grant, the project has received $650,000 local/in-kind funds. When completed, it is expected to create 20 new permanent jobs and increase visitors to Lynch, Ky., and the surrounding area by 40 percent.

“When it was built more than 100 years ago, Lynch was the largest coal camp in the world, and the newly-announced resources will help restore and preserve this unique part of Kentucky’s history,” said Senate Majority Leader Mitch McConnell, a senior member of the Appropriations Committee and a key negotiator in securing the funding for this program.

“In addition to its benefits for the local tourism industry, the Portal 31 Exhibition Mine displays both the historical significance and natural beauty of Appalachian coal country. I proudly join Congressman Rogers in strong support of the AML Pilot grants to encourage economic revitalization and new jobs to Eastern Kentucky, and I look forward to the success of this project.”

“This significant AML investment will enhance tourism and economic development opportunities in Southeast Kentucky,” said Gov. Bevin. “These grant funds will enable Harlan County to showcase to visitors the region’s rich mining history as well as the scenic natural beauty of Black Mountain — the highest point within the Commonwealth.”

Energy and Environment Cabinet Secretary Charles Snavely said restoration of the mine tour is worthwhile because, not only does it draw upon Kentucky’s rich mining culture, it shows how the region is transforming itself.

“I am pleased that this Cabinet is able to be a significant part of the region’s recovery through this grant,” Secretary Snavely said.

The AML Pilot Program, funded through the U.S. Office of Surface Mining Reclamation and Enforcement (OSMRE), is a joint effort by the Kentucky Cabinet for Economic Development, the Department for Local Government, the SOAR Initiative in Eastern Kentucky, the Kentucky Tourism, Arts and Heritage Cabinet and the Energy and Environment Cabinet, Division of Abandoned Mine Lands.