The Somerset-Pulaski County Chamber of Commerce has 750 members, representing almost 90 percent of the area’s employed population. Business seems to be doing well in Somerset, and the chamber is growing to meet demands. The organization tripled the square footage for its offices recently by purchasing a building and relocating to the heart of downtown Somerset.

“We see a tremendous amount of value as a chamber to be involved in as many things as possible, even if we don’t directly facilitate a program,” said Bobby Clue, executive director of the chamber.

Take the Young Professionals of Lake Cumberland, for example. While it’s not an official chamber program, Clue has been instrumental in getting young professionals in the community involved with YPLC again.

After a couple of fits and starts over the past three years, YPLC has been active since the summer of 2018, offering a monthly networking luncheon and an after-hours event for 78 members (and growing) at different locations like Silent Guard Security, a local business that hosted the group for lunch and a tour of its facilities. More casual spots for evening gatherings have included Mellow Mushroom Pizza and Jarfly Brewing Co.

“When you have young professionals, you have young families,” said Acting President Adam Sheridan. “It’s harder for those folks to make an after-hours event.”

The installation of officers for the 2019 YPLC board of directors will be at the December luncheon, and an evening Christmas party is in the works.

“The two big things we’re working on for 2019 are community service and mentorship,” Sheridan said. Community service projects will provide plenty of opportunities for young professionals “to give back to the community that always helps us.”

A cupboard project is underway, with outdoor pantries being placed in underserved areas of town and filled each day with food.

“It’s taken by those in need and maybe they can’t get to God’s Pantry for help,” Sheridan said. “That’s been something neat to see.”

A mentorship program gearing up for next year will work in both directions, so to speak, for YPLC members.

“We’re going to try to get successful people in town, in their 50s and 60s, and have them mentor young professionals in the group,” Sheridan said. And YPLC members want to mentor younger people – high school students in particular.

“There’s a real cool vibe down here with young professionals,” Clue said. The chamber also spearheads a 20-week Young Entrepreneur Academy program for middle school and high school students to learn how to start and run a business. Clue is especially pleased to see the 21-40 age group excited about being involved with the business community through YPLC.

By profession, Sheridan is a commercial account executive at Reed Brothers Insurance. A native of Union County, he went to Western Kentucky University for a degree in marketing and professional selling. He met a girl in college; they got married and moved to Somerset the summer of 2013. Within a couple of years he had gotten involved with Young Professionals of Lake Cumberland and served as treasurer before the group went dormant in 2017. He has been an integral part of YPLC’s resurgence this year.

“Every year I’ve lived here I’ve seen tremendous growth,” Sheridan said of the business climate in Somerset. Joining the YPLC gave him a ready-made opportunity to meet other people his age. “I didn’t go to high school here, so I don’t have that connection that a lot of people do.”

“We’re starting to see a changing of the guard, a new generation starting to emerge as leaders of departments and businesses,” Clue said. “It’s fun to watch.”

For membership information about the Young Professionals of Lake Cumberland, visit ypoflc.org. 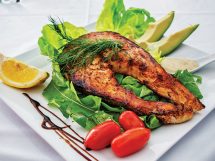 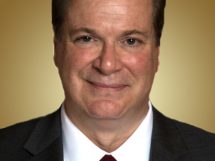 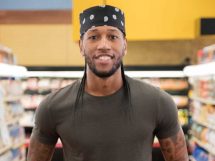