Denham is admitted to practice law in Kentucky, as well as the Kentucky Eastern and Western Districts, the Sixth Circuit, the DC Circuit, and the U.S. Supreme Court.

Prior to joining DBL Law, Denham served as assistant deputy attorney general in the Kentucky Office of the Attorney General where he supervised nearly every division in the office handling a variety of sensitive and high profile matters. Those matters included litigation involving pharmaceutical companies and medical device manufacturers, successful challenges to the Kentucky Governor’s executive authority, challenges to the Environmental Protection Agency’s regulations and the prosecution of numerous state and local officials.

A Louisville resident with his wife and three children, Denham is active in the community, serving as treasurer of the Norton Children’s Hospital Foundation and as a regular volunteer with the Bluegrass Center for Autism.

DBL Law is a mid-size law firm with offices in Louisville and Crestview Hills, Ky., and in Cincinnati, Ohio. The firm provides a range of legal services to companies, institutions and individuals. For more information, visit DBLLaw.com. 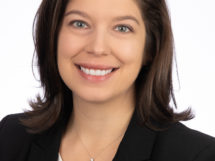