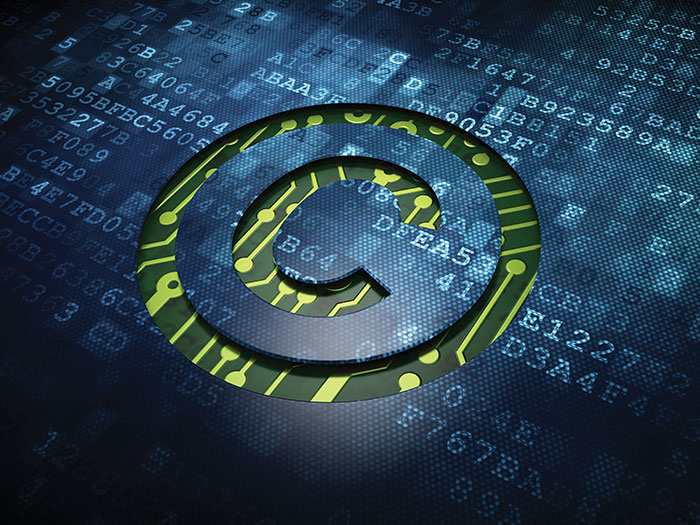 You’re writing a blog post about your company and think it might be cool to snag a photo from someone else’s website and use it. It’s on the internet so it’s perfectly … illegal.

It’s against the law to copy someone else’s work and pass (or paste) it as your own, per Title 17 of the United States Code, the section that deals with the copyright laws of the land.

No, nope and not a chance. Unless you get permission, of course, which may or may not come with an actual price tag.

“Copyright notices haven’t been required since the 1980s. It does not mean it is not copyrighted,” said Jack Wheat, one of 60 attorneys at McBrayer, McGinnis, Leslie & Kirkland. He is the intellectual property department head and works in the Louisville office. McBrayer has offices in Lexington, Louisville, Frankfort, Ashland and Greenup.

What is intellectual property?

Why should a business owner be concerned about IP?

“For two reasons,” according to Wheat. “One, you don’t want to be violating your competitors’ rights unless you want to be tied up in litigation. On the flip side, if you come up with something unique, you want to prevent other people from freeriding off your innovation.”

The various forms of IP protection

Copyright applies to literary, musical and other artistic works. (See §102 of the aforementioned Title 17.) Trademark is for words, symbols or designs, including but not limited to, company names, logos, taglines and product design. When the design of a tool or machine, for example, is something the creator wants protected, patent is the legal form.

“Patent is the intellectual property protection for novel, useful things,” Wheat said. “It’s something that does something; it has to have a function.”

The circled R symbol (®) often seen in corporate communications and product packaging means the phrase or product has been registered with the United States Patent and Trademark Office. The superscript TM symbol (TM) stands for trademark. “You are allowed to use that if you want to tell the world you consider it your trademark,” Wheat said. The mark itself has no real legal significance, though.

So, IP is “property protection for things that originated in someone’s mind,” Wheat said. “On the patent side, it’s something an inventor came up with. On the marketing side, a slogan or logo; on the copyright side, a book or play or song that was written.”

Most IP law is federal. Patent is exclusively governed by federal law; trademark can be state or federal or both.

“I often use the example in classes I teach of a circle with a squiggly line,” Wheat said. “That squiggly line is a Hostess cupcake and the look of it is protected.”

Another classic example of a trademarked design is the Coca-Cola bottle. The design of the Kentucky Peerless Whiskey bottle is also registered as a trademark.

Louisville-based Kentucky Peerless Distilling Co. made its first “new” barrel of bourbon on March 4, 2015. It’s too soon to be released, but the company has already produced rye whiskey.

“We have worked closely with Jack Wheat on all of our trademarks,” said Corky Taylor, Kentucky Peerless chairman and CEO. The unique bottle and cap designs for Kentucky Peerless products were created by his son, Carson Taylor, who is president of the company, and Christa Edwards, head of office at Peerless.

Yes, patents and copyrights require intellectual activity. “But trademarks, trade secrets and the right of publicity do not,” Cross said.

In explaining intellectual property rights and emphasizing how they work as a restriction on the ability of others to compete, Cross tells his students, “No one can sell a machine exactly like my patented machine, or a work substantially similar to my copyrighted work.” He explains that intellectual property rights create a type of zone “of exclusivity around the creation, and no one else can compete with the rightsholder within that zone. The zone varies in size depending on the right.”

Does the business owner or the employee own the content of that blog post? “In most cases, the employer probably would,” Wheat said. A stickier question that comes up is when a company uses an outside contractor.

“Let’s say you hire an ad agency to develop an advertising program for you, or a software code writer to write some software for you,” Wheat said. “In those situations, even though you hired them and paid them, you don’t own the resulting copyrights in the work unless you have a specific written agreement in place.”

An IP attorney can make sure you have “the correct ownership agreements in place for what an employee or outside vendor is creating,” Wheat said. He also recommends that business owners look into having an IP attorney conduct an audit, to review with them what intellectual property they have (and may not realize they have) that needs to be protected. “For a small business, you’re only looking in a few hundred dollar range” of cost to do so, he said.