MENLO PARK, Calif. — It’s the most wonderful time of the year — for worker productivity? Professionals may simply be looking to land on the “nice” list, but 65 percent of respondents in a recent Accountemps survey said they get more work done during the demanding holidays.

While employees, in general, noted an increase in their work performance, there were differences by market. Among professionals surveyed in 28 U.S. cities, roughly three-quarters of respondents in Miami, Chicago and San Francisco believed they were more productive during the holidays. But only about half of workers in Boston, Des Moines and St. Louis said they experience higher seasonal productivity.

Of the respondents who see their output falling this time of year, personal commitments (36 percent) and greater year-end workloads (31 percent) were noted as the main culprits. Other impediments cited included cold/flu season (17 percent) and holiday shopping (16 percent).

“December can be crunch time for workers as they rush to complete year-end projects while also juggling personal commitments and other demands,” said Michael Steinitz, executive director of Accountemps. “People are motivated to get work done so they can enjoy the season, but there could be repercussions in the new year.

“Avoid potential employee burnout and a post-holiday dip in productivity by proactively monitoring work levels, prioritizing projects and bringing in temporary help to ease the load,” advised Steinitz. “Make the season more joyful and less stressful by finding ways to give the gift of time to your employees.”

Accountemps offers employers the following management tips for the holidays:

The online survey was developed by Accountemps and conducted by an independent research firm. It includes responses from more than 2,800 workers 18 years of age or older and employed in office environments in the United States. 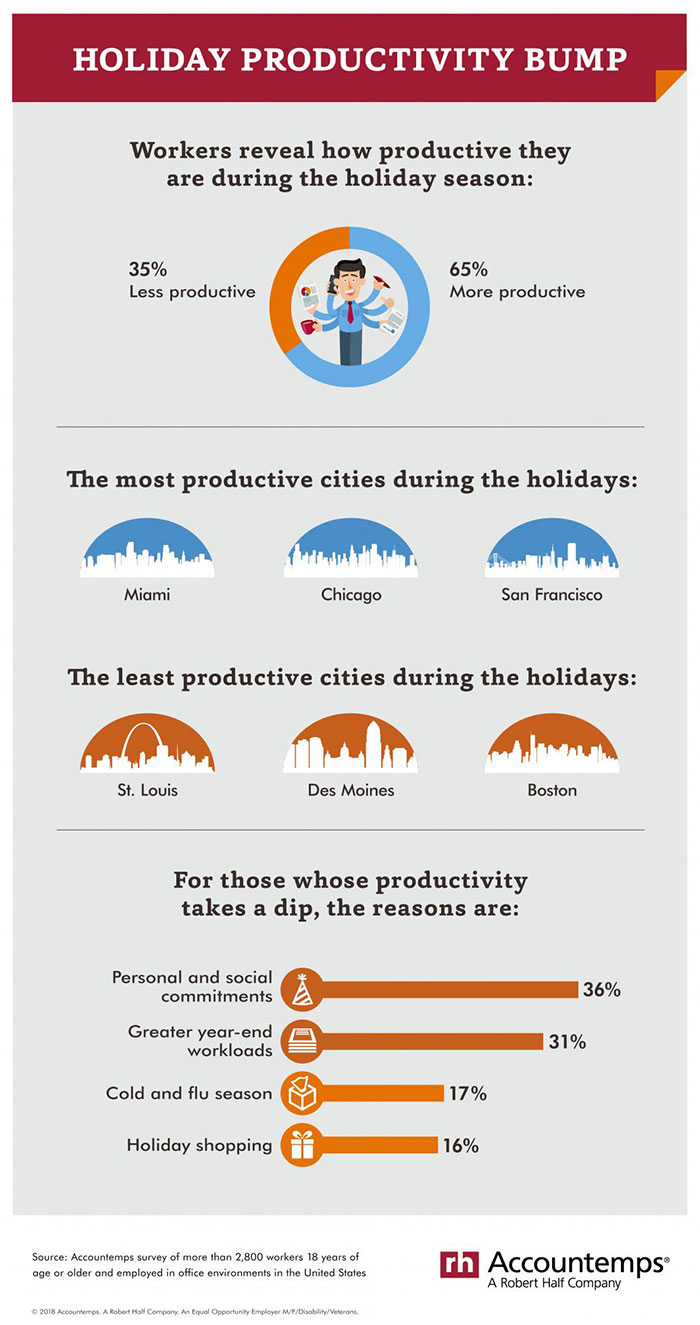