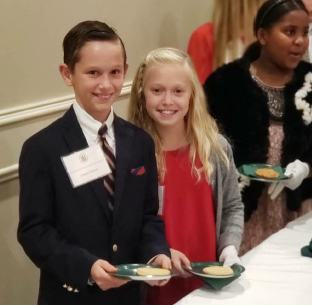 Charles Winters, president of the National League of Junior Cotillions, said, “We will be selecting a director for a local chapter who will receive complete training and an exclusive territory for expansion.”

The organization currently has directors operating hundreds of chapters in 30 states. Says Winters, “This program is making a positive impact on students across the nation and we are delighted to know that more young people in this area will have the opportunity for this vital training.”

The purpose of the NLJC program is to give students instruction and practice in the courtesies that make life more pleasant for them and those around them. Students actively learn courtesies through a creative method employing role playing, skits and games. Standard ballroom and line dancing is taught using nationally approved top 40 music.

The program, with headquarters in Charlotte, N.C., was established in 1979 and has licensed local cotillions nationwide. The cotillion includes monthly classes plus a Holly Ball and Spring Ball, and instructional three, five, and seven course dinners.

“The program has met with equal success in metropolitan areas including Atlanta, Orlando, Minneapolis, Houston and in small communities across the country,” Winters said. “We believe it will be an important addition to the training of young people in this area.”

Applications or nominations for cotillion director are currently being received. For additional information call 1-800-633-7947, visit our award winning website at www.nljc.com, or email to [email protected].