LEXINGTON, Ky. — Real estate sales by members of the Lexington-Bluegrass Association of Realtors (LBAR) rose 7.5 percent in October 2018 from the previous month (1,086 versus 1,010) but were down slightly compared to the same month a year prior when sales were 1,115.

On the national level, median prices were up 3.8 percent in October, reaching $255,400 in 2018 and marking the 80th straight month of year-over-year gains.

“There is a lot of chatter nationwide about a cooling down in the real estate market,” according to John Groft, 2018 president of LBAR. “In central Kentucky, the market is still very active. With the available inventory up over the past two months, buyers are finding the process of searching for their next home a little more manageable but properties are not staying on the market as long as a year ago if they are priced correctly.”

Total housing inventory at the end of October increased 4 percent to 4,230 homes available for sale, up from 4,071 homes available this time last year and up less than a percent from the previous month when inventory levels were 4,200.

According to Groft, “Total pending home sales went up in October for only the second time this year when compared to 2017 and the first time since May. Buyers seem to be making offers on properties now to take advantage of the recent leveling on mortgage interest rates. In fact, the news from the Federal Reserve this past week seemed optimistic that rates could be pushed lower this year, reversing course from the hikes many were predicting. If this happens toward the end of the year, more buyers may find themselves in a more favorable buying position.”

In October, first-time buyers jumped into the market, making up just over 24 percent of the market for the month, up 2 percent from September.

Another positive sign for the housing market in LBAR’s 22-county territory is that new listings rose 17 percent in October, bringing 1,558 more properties to market, up from the 1,331 buyers saw last year. 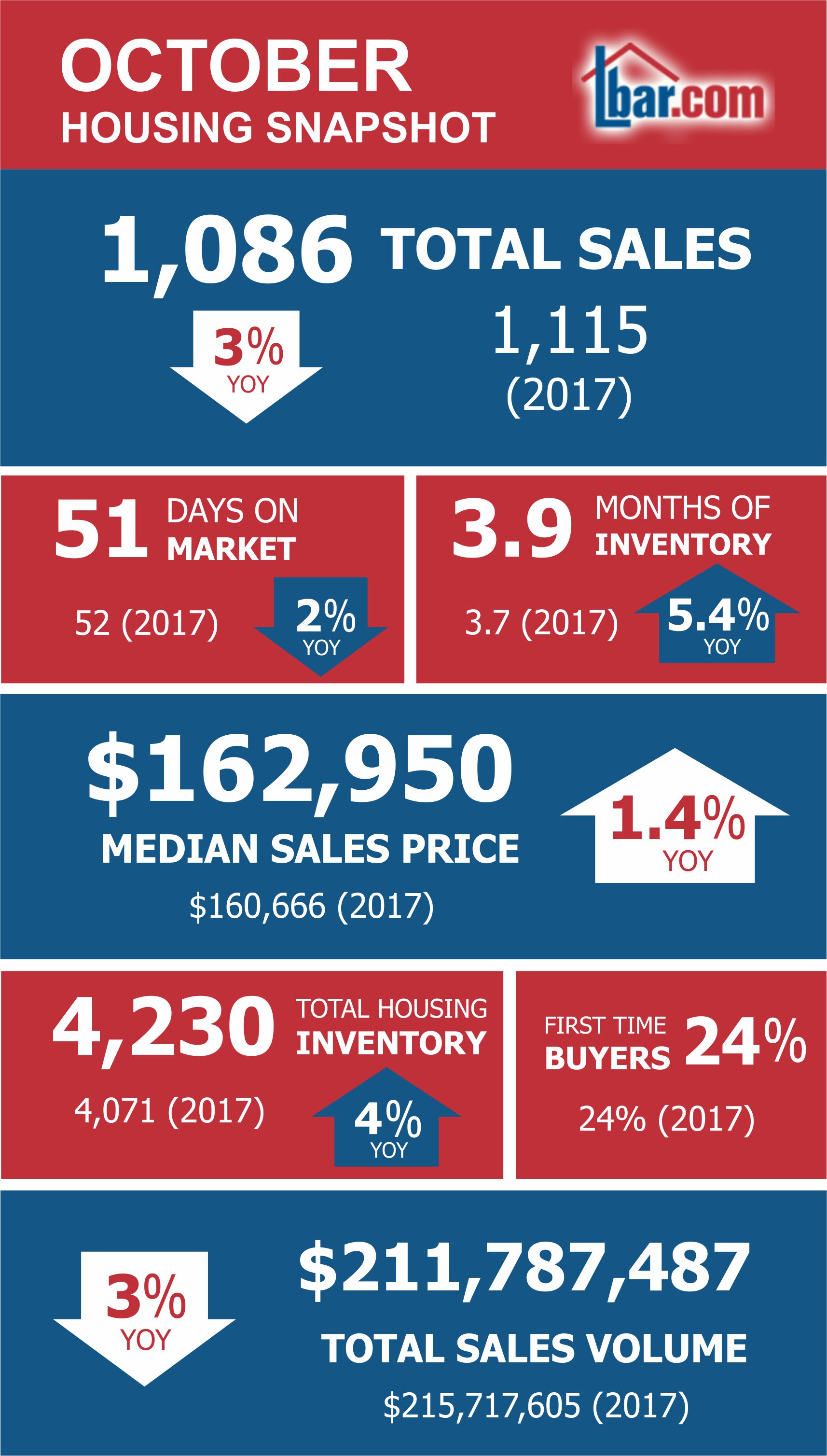