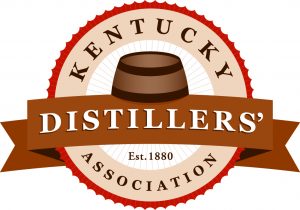 FRANKFORT, Ky. – The Kentucky Distillers’ Association has announced that Bardstown Bourbon Company and Louisville Distilling Company have advanced to the rank of “Heritage” members, the highest level in the non-profit group that unites and leads the state’s signature Bourbon and distilled spirits industry.

To qualify as a Heritage member, distilleries must have at least 25,000 barrels of distilled spirits aging in Kentucky warehouses. As Heritage members, BBCo and Louisville Distilling Company will have an expanded leadership role in the management of the association and the future of the iconic industry.

“It’s a rare accomplishment for a member company to achieve this lofty and legendary status, and this year we are celebrating two distilleries whose extraordinary growth in a short amount of time has elevated them to our highest standing,” KDA President Eric Gregory said.

“For that, we raise a glass in their honor and salute their success.”

Rob Samuels, chairman of KDA’s Board of Directors and chief distillery officer at Maker’s Mark, joined Gregory in presenting the companies with commemorative barrel heads at the KDA’s 138th Annual Meeting of Members earlier this month in Louisville.

Bardstown Bourbon Company President and CEO David Mandell thanked the KDA for its leadership and praised the organization’s ground-breaking legislative reforms that have opened the doors for the distillery to realize its vision of creating a “Napa Valley” style visitor experience.

Set on 100 acres of farmland in Nelson County, BBCo has grown rapidly since the company joined the KDA in 2016. A second 36-inch column still was installed in June, making the distillery one of the largest producers in the country with a capacity of nearly seven million proof gallons per year.

At the heart of this state-of-the-art facility is the Bottle & Bond Kitchen and Bar, a modern, full-service restaurant and bar where guests can dine with a view of the working distillery through floor-to-ceiling glass walls. The bar features a vintage whiskey library curated by Bourbon author Fred Minnick.

“Thanks to the great work of the KDA, we’ve been able to create a truly unique foundation for our brand,” Mandell said. “It’s a real honor to join KDA leadership and continue to help elevate and secure a strong and prosperous future for Kentucky’s distilling industry.”

Gregory said, “Bardstown Bourbon Company joined the KDA just two years ago as a Craft-level member. Their extraordinary achievement in such a short amount of time is a testament to the investment David Mandell and his team have made in elevating and growing our signature spirit.”

Also joining the KDA as a Craft-level member in 2016 was the Louisville Distilling Company, best known for its flagship Angel’s Envy brand, a Kentucky straight Bourbon whiskey aged in hand-selected port wine casks.

Founded in 2011 by Wes Henderson and his father, the late Lincoln Henderson, former master distiller at Brown-Forman, the Angel’s Envy Distillery is housed in the former Vermont American Building, a meticulously restored warehouse that takes up an entire city block in downtown Louisville.

“The growth we’ve experienced has, and continues to, exceed all expectations,” Wes Henderson said. “Louisville Distilling Company and Angel’s Envy are brands built on the foundation of family, and the KDA is an important part of our family. We look forward to growing alongside them.”

Gregory said, “Wes and his team, including sons Kyle and Andrew, have dedicated themselves to honoring the history and heritage of our beloved industry. We welcome them to the highest ranks of our organization with open arms.”

Gregory said the industry continues to strengthen its role as one of the state’s chief economic and tourism drivers. “We look forward to announcing soon our latest economic impact study, which will prove that Bourbon is providing more jobs, investment and revenue than we’ve seen in generations,” he said.

“By working together, our distilleries are achieving great things for our industry and our beloved Commonwealth. We look forward to the leadership and guidance from Bardstown Bourbon Company and the Louisville Distilling Company as we strengthen Kentucky’s rightful title as the one, true and authentic home for Bourbon and distilled spirits.”