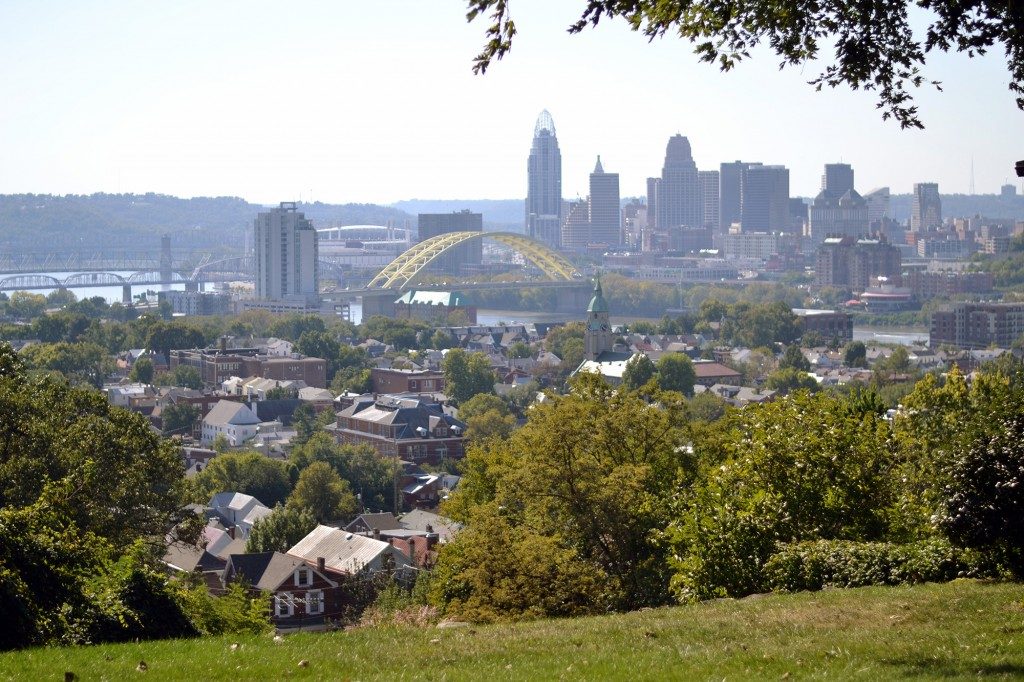 BELLEVUE, Ky. — Bellevue native and businessman Charlie Cleves stepped into his new role as mayor on the morning of Jan. 2, 2019. Cleves has already taken several steps to implement change, announcing that the city will hire a new city administrator and a new city attorney — both Bellevue residents — at its next City Council meeting on Jan. 9. Frank Warnock is leaving his position as assistant city manager for the City of Covington to become Bellevue’s new city administrator. David Fessler will be appointed to serve as the new city attorney.

“With the addition of Frank and Dave, we have a great management team who will work with our elected leaders and bring both experience and fresh positive ideas to the city,” said Cleves.

Cleves said his primary focus as mayor will be economic development. “Economic development is the cornerstone upon which the future success of our great city will be built,” Cleves said. “We want positive change. We want a new beginning, new energy. The past administrations have built a great foundation, but we want to take it to the next level.”

City Administrator Keith Spoelker resigned on Jan. 1, but he will continue to serve as a consultant during a one-month transition period through the end of January.

“It’s time for a new beginning — both for the city and for me personally,” Warnock said. “When I first moved to Bellevue in 1984 to attend Chase Law School, I lived above Boots’ Body Shop on Fairfield Avenue before moving to Harrison Avenue. My wife and I now live on Grandview Avenue. Things have changed quite a bit in Bellevue in the 35 years since we moved here.”

Warnock served as Bellevue’s city attorney for 10 years before being appointed as Covington’s full-time city solicitor in 2005. Warnock is a chairperson of the Local Government Committee of the Northern Kentucky Bar Association, president of the Boys & Girls Club in Newport, and in December, the Northern Kentucky City/County Management Association named him the 2018 City/County Administrator of the Year.

Cleves said Spoelker served the city well during his tenure as city administrator, complimenting him for various development projects in the city, including Kent Lofts, riverfront developments and planning projects, and implementation of a Tax Increment Financing district.

“Keith is a good person, and he helped manage Bellevue through some challenging times,” Cleves said. “I appreciate his service to the city but I think its time for some fresh energy and new ideas. We plan to review all aspects of the structure and management of the city and discuss better ways of providing a safe and clean environment and improving city services.”

While Cleves is new to public office, he is no stranger to Bellevue. In fact, he is an integral part of the history and fabric of Bellevue, and he knows the city well.

Until he retired, Cleves was the third-generation owner of Cleves & Lonnemann Jewelers, an 87-year-old business on Fairfield Avenue in Bellevue. His son, Michael, took over ownership of the store on Jan. 1, 2017, and now serves as the fourth generation of the Cleves family to own and operate the business.

Cleves & Lonnemann opened in Bellevue in 1932 when Motch Jewelers in Covington laid off Ed Cleves, Sr. and Joe Lonnemann, Sr. during the Great Depression. The men then opened the Fairfield Avenue business, where they sold and repaired watches, clocks, jewelry, and fitted and repaired eyeglasses.

Cleves is a graduate of Covington Latin School and earned a degree in mathematics from Northern Kentucky University in 1975. At 19 years old, fresh out of college, Cleves bought his first building in Bellevue. It was a four-unit rental house that he eventually used as collateral to purchase his interest in Cleves & Lonnemann. He currently owns eight buildings in Bellevue.

Cleves married Mary Lynn in 1979. They reared five children — Christy, Mike, Beth, Tony, and Danny — in the house they still live in on Fairfield Avenue.

Cleves served as president of Bellevue Renaissance-Kentucky Main Street program, where he convinced other businesspeople to join him in buying some of the worst buildings in the Fairfield Avenue business district and rehabbing them.

He also served nine years on the board of Mentoring Plus, an organization dedicated to helping challenged youth advance in education and employment. He serves on the Finance Committee of the Divine Mary Parish. He is a past board member of the Diocesan Board of Education. Cleves is a past president of the American Watchmakers-Clockmakers Institute and is a member of the Woodrow Carpenter Enamel Foundation in Bellevue.

David Fessler, the new city attorney, is a Bellevue native and current resident. He is a graduate of Bellevue High School, where he served as student council president, played on the 1977 state champion football team, and served as captain of the track team. In 2018, Fessler was inducted into the high school’s “Hall of Distinguished Alumni.” He currently serves as president of the Bellevue Education Foundation.

Fessler graduated from Salmon P. Chase College of Law at Northern Kentucky University in 1986. He’s the senior partner of his own law firm – Fessler, Schneider & Grimme, LLP – where he focuses on civil litigation, federal cases, personal injury, and probate. In 2017 and 2018, the American Institute of Personal Injury Attorneys named him one of the “10 Best Attorneys in Kentucky” in the area of personal injury for exceptional client service. He’s a member of the Northern Kentucky Bar Association, the Kentucky Bar Association, and the Kentucky Justice Association.

The Utility Expo renews commitment to Kentucky Exposition Center through 2029

New proposed rule could raise fees more than 1,000% for some Kentucky food producers

The Utility Expo renews commitment to Kentucky Exposition Center through 2029

New proposed rule could raise fees more than 1,000% for some Kentucky food producers

Building on Strengths in Aging Care