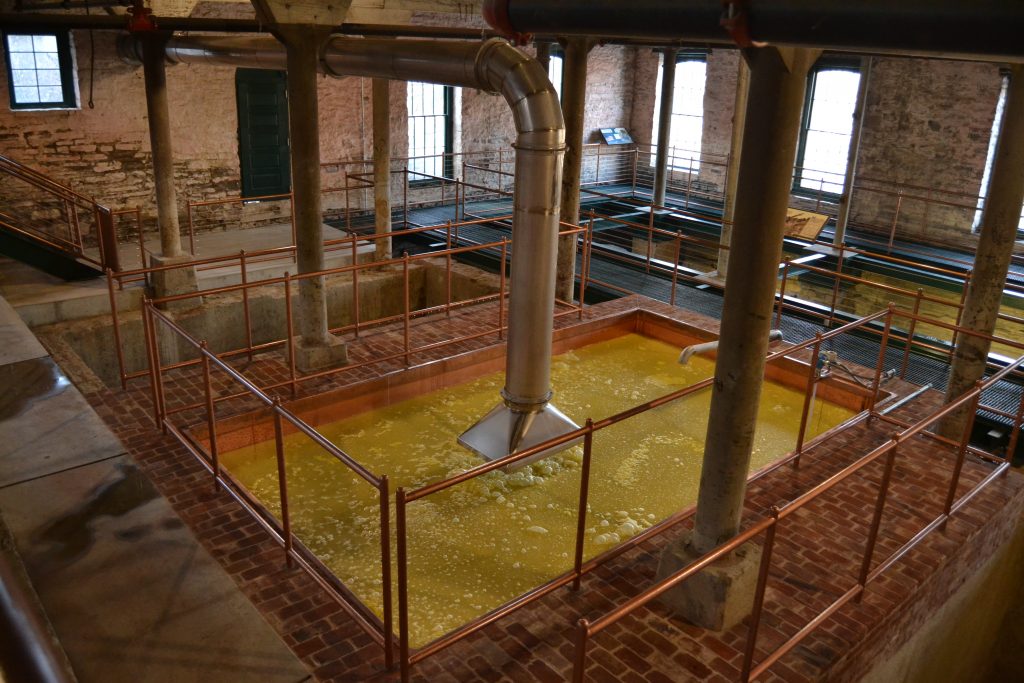 FRANKFORT, Ky. — Having long been buried and forgotten, one of Col. E.H. Taylor Jr.’s original fermenters is getting a new lease on life. For the first time in 100 years, the fermenter, which dates back to 1883, has been recommissioned and once again filled with Old Fashioned Sour Mash.

Buffalo Trace Distillery made a historic discovery in 2016 when it uncovered Col. E.H. Taylor, Jr.’s intact fermenting vats dating to 1883, the original foundation wall Taylor built in 1869 and a second foundation built by Taylor in 1873. The distillery remnants and fermenters had been decommissioned, covered with a cement floor and forgotten, until the Distillery began work on the O.F.C. Building to turn it into more meeting and event space. With this historic find, the Distillery altered its plans and immediately began working to excavate and preserve this piece of distilling history with the help of a bourbon archaeologist. The space is now famously referred to by the nickname “Bourbon Pompeii.”

Once uncovered, the National Historic Landmark distillery set forth to bring one of the fermenters back online. The top of Fermenter No. 7 has been lined with some of the cleaned-up bricks that were uncovered during the excavation, and was relined with copper like it would have been during Taylor’s tenure. After adding piping to connect the fermenter with the Distillery’s microstill, the fermenter was tested earlier this month and then filled with mash for the first time in 100 years on the morning of Jan. 10th.

As a testament to Taylor’s legacy at Buffalo Trace, the Distillery plans to use the fermenter to produce Old Fashioned Sour Mash, similar to how Taylor did nearly 150 years ago. The Distillery applied for a patent on this sour mash process and received patent pending status in 2017.

The O.F.C. Building, including the recommissioned fermenter and other Distillery remnants can be seen on the Distillery’s complimentary E.H. Taylor Tour, which is offered Monday through Friday by reservation. The tour, which allows visitors to get up close with the now active fermenter, also makes stops at the Old Taylor House and Warehouse C.

In the future, Buffalo Trace also plans to use the upper levels of the O.F.C. Building as event space as originally planned, offering another unique way to view the sour mash process and experience this unique discovery.

Legendary Horse Soldiers will be honored at Army vs. Navy game

Lexington entrepreneurs highlighted in annual ‘Who Got the Money’ survey