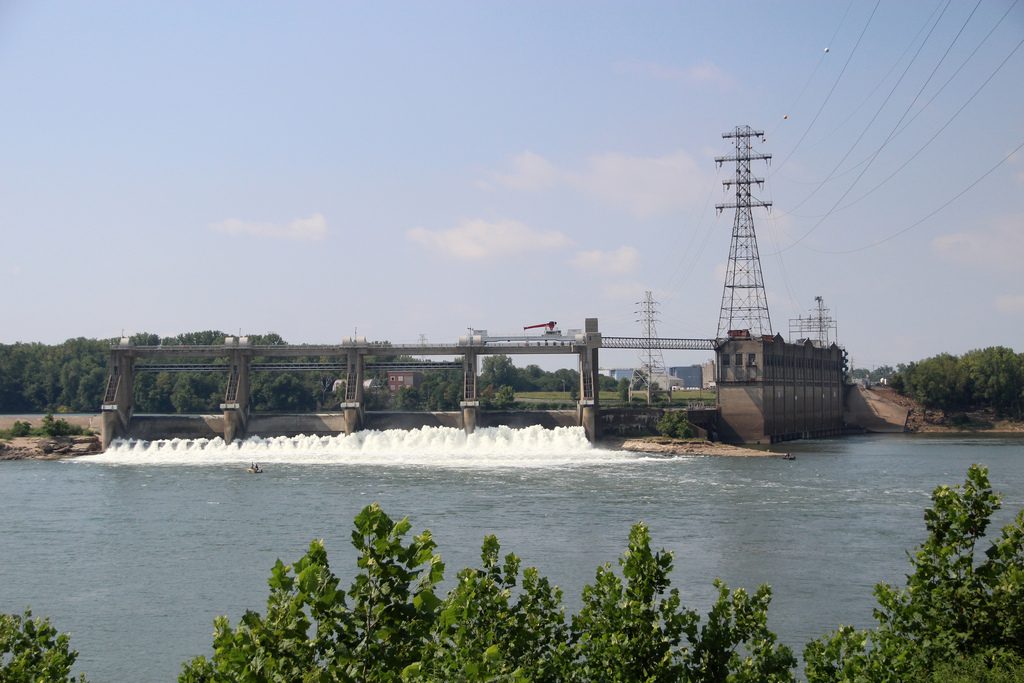 LOUISVILLE, Ky. — LG&E and KU announced Thursday the completion of a modernization effort at the company’s historic Ohio Falls Hydroelectric Generating Station in Louisville. With the upgrades now in place, the facility is poised to enter a second century of generating clean, low-cost energy by harnessing the natural power of the Ohio River.

“We are especially proud of Ohio Falls, which was a modern marvel when first constructed in the 1920s,” said LG&E and KU Chief Operating Officer Lonnie Bellar. “Now, thanks to this renovation, we’re able to marry the past with the future, and the same units that used renewable energy to power Louisville in 1927 will continue to benefit our customers for decades to come.”

Despite regular maintenance and repairs, a full modernization of the plant was needed to overcome the natural wear resulting from its many years of service. Upgrades to enhance equipment, software and safety measures began in 2005. The plant’s eight generating units were overhauled, with each taking more than a year to complete. Due to limited space and other concerns, only one unit was rebuilt at a time.

All of the inner workings of the generators were upgraded using the latest technology. For example, computer modeling gave the turbine blades a variety of pitches, angles and curves to maximize performance. Even with these modern changes, much of the facility’s hardware remains intact from the 1920s. The plant has retained its historic charm with original tile floors, wooden handrails, ornate light fixtures and a vintage control room.

Now complete, the modernization project has provided the plant with increased capability and reliability. When Ohio Falls first went online in 1927, the plant had a generating capacity of 80 megawatts under ideal river conditions. Now, each generating unit has the ability to produce approximately 12.5 megawatts for a combined production of more than 100 megawatts.

Even with modern enhancements, the plant still depends on the Ohio River’s water level to provide the right conditions to generate power. The water flows through updated trash bars, which prevent large pieces of debris, such as trees, stumps and large trash, from going into the units and causing damage. The water then falls over the turbine blades, rotating the turbine in conjunction with a shaft connected to the generator, which produces electricity. The unaltered water then flows out and continues down river.

Even in the 1920s, LG&E was on the cutting edge of innovation and sought to provide low-cost energy using renewable resources. At the time, the location known as Falls of the Ohio River was a stretch of rocky, dangerous rapids that dropped more than 26 feet in a span of only two miles. The company took the bold steps of building a dam to improve river navigation and constructing one of the largest hydroelectric plants in the nation. Today, the Army Corps of Engineers operates the dam and spill gates to help control the flow of the river for boats and the preservation of marine wildlife.

The 1,000-acre site around Ohio Falls contains natural historical artifacts, such as some of the largest and oldest exposed fossil reefs in the world. As a result of the company’s efforts to preserve its historical integrity and harmony with the environment, the plant was designated as a landmark within the Falls of the Ohio National Wildlife Conservation Area in 1982.

In addition to Ohio Falls’ 100-megawatt generating capacity, the company also produces hydroelectric power at its Dix Dam facility in Lake Herrington near Harrodsburg. Also built in the 1920s, Dix Dam has undergone its own upgrade in recent years to boost reliability and performance, increasing capacity from 24 to 33 megawatts. E.W. Brown also has Kentucky’s first universal solar facility that has a generating capacity of 10 megawatts. For more information on LG&E and KU’s renewable offerings for customers, click here.