EVANSVILLE, Ind. — This is the final week for residents to share feedback on the preferred alternatives for the proposed I-69 Ohio River Crossing. The Draft Environmental Impact Statement public comment period ends Friday, Feb. 8. The comment period opened on Dec. 14 with publication of the DEIS.

Written comments can be received through the “Contact Us” page on the project website, by email ([email protected]), by mail or delivered in person to an I-69 ORX project office. More than 200 comments have been received to date including more than 60 comments received during formal comment sessions at public hearings in early January.

Public feedback plays an important role in the decision-making process. After considering all comments, the states will identify a preferred alternative in the Final Environmental Impact Statement. Final approval of the preferred alternative will come from the Federal Highway Administration (FHWA) through the issuance of a Record of Decision (ROD). The FEIS and ROD are expected in late 2019. 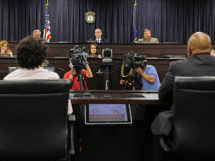 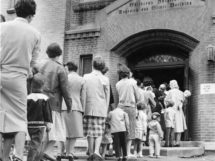 Don’t buy a new air conditioner without reading this first

Kentucky Providers Have Stayed Ahead of COVID-19

Kentucky’s educators have the utmost faith in their displaced students

Meet the New Publisher and Owner