Home » Rates at some Lexington parking meters to increase 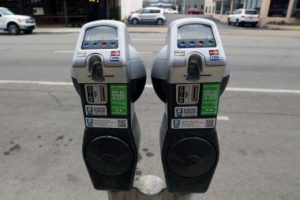 The increase from $1 per hour to $1.50 per hour will take effect March 1, 2019, for core downtown parking spaces and some in the UK area. It will cost the average user an additional 25 cents. Existing spaces that only charge 50 cents per hour will not see a rate increase.

The goals are two-fold:

Cities such as Louisville, Cincinnati, Oklahoma City and Charleston, S.C., charge $2 per hour to park. Ann Arbor Michigan charges $1.80 per hour. The increase puts Lexington at the same maximum rate as Indianapolis, Nashville and Kansas City.

“In the last three years, we’ve had two different consultants recommend rate increases as part of an operational study,” said Gary Means, executive director of the Parking Authority. “We’ve done our homework, and we believe that the rate increase will create more convenient parking by opening up spaces closer to a driver’s destination. It also will provide much-needed parking revenue to make ongoing safety improvements and technology upgrades.”

Other areas outside the urban core, such as the Woodland Triangle, Chevy Chase and Streets to the North and East of the core won’t see an increase because their occupancy rates throughout the day are lower. For a map showing streets impacted, visit lexpark.org.

Structural repairs, emergency lighting and elevators with obsolete parts are among the most critical needs for the additional funds.

The LFCPA, which maintains four garages and 1,270 parking meters, receives no taxpayer funding. Since 2013, it has invested over $6 million in improvements to parking garages and technology.