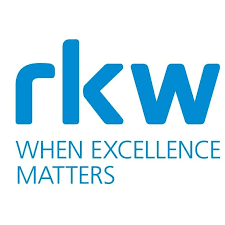 “This exciting announcement is a great example of how Kentucky has become America’s center of engineering and manufacturing excellence,” Gov. Bevin said. “We are grateful that RKW North America has been a vital part of the Simpson County community for many years. The jobs being created by this latest expansion will positively impact families throughout the region, and we look forward to celebrating RKW’s continued growth now, and for generations to come.”

RKW North America took ownership of the Franklin production facility from Danafilms in 2010 and has continually invested in state-of-the-art equipment and grown its employment. The operation’s products include high-performance technical films and hygiene films, used by well-known, global brands.

RKW North America is a subsidiary of RKW Group, an independent, family owned company founded in 1957 and headquartered in Frankenthal, Germany. RKW Group markets products in the areas of hygiene and agricultural films, films for the beverage industry and packaging for powdery goods. In addition, the company makes films and nonwovens for medical applications, the chemical and converting industries and the construction sector.

In fiscal 2018, RKW generated approximately $1 billion in total sales. The company’s approximately 3,000 employees process more than 850,000 pounds of plastic materials annually at 20 locations around the world.

Sen. David Givens, of Greensburg, thanked the company for its continued local support.

“This expansion is great news for Simpson County,” Sen. Givens said. “The addition of 30 new full-time jobs will help our local economy continue to grow and thrive. I would like to thank RKW North America for continuing to choose Franklin to conduct their business.”

Rep. Wilson Stone, of Scottsville, said the project is a reminder of the region’s strength in manufacturing.

“This expansion is great news for both RKW North America and Simpson County alike, and I am proud to see the company make this investment and create these new jobs,” Rep. Stone said. “This announcement is further proof that we have everything businesses need to thrive. I want to thank RKW’s leaders and our local and state economic-development officials for working together to make this possible.”

“My congratulations to RKW for this new expansion,” Mayor Dixon said. “The RKW facility was one of the first manufacturing plants to locate in our Wilkey North Industrial Park. The company continues to grow and expand in Franklin and we are very appreciative of the good jobs they provide our community.”

“The expansion at RKW is great news for Simpson County. This marks the third major expansion since the facility opened in Franklin some 20 years ago,” Judge-Executive Barnes said. “RKW has become a major employer in our community, providing excellent, well-paying jobs for this entire region.”

“We are so pleased that RKW is expanding again in Franklin. They are one of eight international companies we have in our community,” Broady said. “With this expansion, RKW will soon become one of our largest employers. We appreciate the 30 jobs and the additional investment the company is bringing to Simpson County.”

To encourage the investment and job growth in the community, the Kentucky Economic Development Finance Authority (KEDFA) in May 2018 preliminarily approved the company for tax incentives up to $600,000 through the Kentucky Business Investment program. The performance-based incentive allows a company to keep a portion of its investment over the agreement term through corporate income tax credits and wage assessments by meeting job and investment targets.

A detailed community profile for Simpson County can be viewed here.