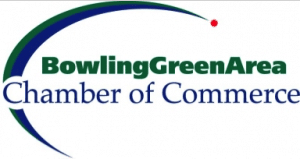 BOWLING GREEN, Ky. — The Bowling Green Area Chamber of Commerce is again being recognized as one of the nation’s top areas that is attracting corporate facility investment. For the first time, Bowling Green ranked first in Site Selection magazine’s Top Metros annual report of high-performing metros among communities with populations less than 200,000 based on total economic development projects for the year.

“The Chamber’s six consecutive years of nationally ranked success in economic development is unprecedented in Kentucky,” said Chamber President and CEO Ron Bunch. “I want to extend my sincerest gratitude to the City of Bowling Green, Warren County Fiscal Court, Kentucky Cabinet for Economic Development, Tennessee Valley Authority, and our many economic development allies for their continued support.”

This is the sixth consecutive year for Bowling Green to be ranked as a top tier-2 metropolitan area in the U.S. Bowling Green’s rankings remain steady after climbing from No. 6 in 2013. The ranking highlights the region’s $188.5 million in capital investment and 640 new jobs. The Bowling Green Area Chamber continues to be the driving force for the business community and is playing a critical role in the livelihood of our region’s economic development.

“Bowling Green continues to be nationally recognized by publications like Site Selection magazine, and we are truly grateful for the recognition that the hard work of the Chamber and our community is receiving,” said Bowling Green Mayor Bruce Wilkerson. “The success in our region would not be possible without the collaboration and forethought of the Chamber, Warren County and the City of Bowling Green. I want to thank everyone involved in the success of our community, now and in the future.”

“We are grateful for the continued support we receive from the community that allows us to be successful and to receive acknowledgements such as this ranking by Site Selection,” said Warren County Judge-Executive Mike Buchanon. “We continue to be humbled by the national recognition our community receives because of the work being done to make Warren County a better place to live and work.”