Established in 1962, the Distinguished Alumni Award is presented annually to alumni who have made meaningful contributions to their professions on a local, state and national level. This award is the highest honor an alumnus can receive from the Murray State Alumni Association and stands to recognize alumni who have excelled personally and professionally. Among the recipients of the award are Pulitzer Prize-winning journalists and renowned authors, research scientists and physicians, executives, educators, military leaders and Emmy Award-winning broadcasters. 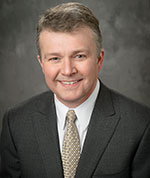 Akridge, a 1982 alumnus with dual bachelor’s degrees in agriculture and business, currently serves as provost and executive vice president for academic affairs and diversity at Purdue University. Prior to his selection as interim provost and then provost, Akridge served as Purdue’s Glenn W. Sample Dean of Agriculture for more than eight years. Akridge and his brothers, Paul and Lance, both Murray State graduates, recently established an endowment in honor of their parents, the Dean and Nona Akridge Family Scholarship, for students in Murray State’s Hutson School of Agriculture and Arthur J. Bauernfeind College of Business. 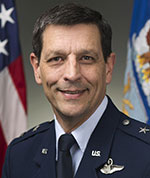 Johnson is a 1980 agriculture alumnus. After receiving a commission from the Air Force’s Officer Training School, Johnson successfully completed undergraduate pilot training at Lackland Air Force Base in San Antonio, Texas, and was assigned to fly the A-10 attack aircraft at Myrtle Beach Air Force Base in South Carolina. He was subsequently selected to attend the US Air Force Fighter Weapons School, where he was the outstanding graduate of his class. He flew missions in Desert Storm in 1991, where he helped lead the first ever combat search-and-rescue mission involving the A-10.

His fourth and final combat tour came as a wing commander in Afghanistan in 2010 and 2011, where he led over 2,000 airmen and directed over 120 aircraft in executing six distinct combat missions. He retired from the Air Force in 2016 after more than 31 years of distinguished service, most recently serving as the director of Operational Capability Requirements at Air Force headquarters where he was responsible for development and articulation of future operational capabilities for all Air Force mission areas. The Major General’s awards include two Bronze Stars, the Distinguished Flying Cross and the Air Force Cross for his bravery, success and life-saving efforts during Desert Storm. 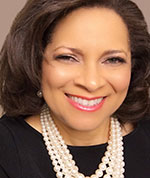 A 1983 college of business alumna, Henderson currently serves as assistant managing editor and as a member of the senior management team that oversees newsroom operational planning for The Detroit News. She has been named an Esteemed Woman of Michigan and a Woman of Excellence by the Michigan Chronicle, in addition to being honored with many professional journalism awards. Henderson was also a two-term president of the Detroit chapter of the National Association of Black Journalists. In addition to her role at The Detroit News, Henderson owns and operates a strategic communications and organizational change consulting company.

Beard and Vande Zande graduated from Murray State in 1971, Beard with a degree in science, engineering and technology and Vande Zande in business. Both competed on the Murray State rifle team and helped lead the Racers to four national championships. They are credited with leveraging their relationships within the shooting industry and a partnership with Midway USA, a foundation that supports youth shooting sports, to establish an endowment valued at more than $1 million to fund the needs of the Murray State University rifle team. 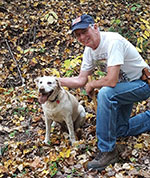 Commissioned as a second lieutenant in the Army upon graduation, Beard traveled the world competing with the international rifle section of the United States Army Marksmanship Unit and the US Army Reserve International Rifle Team. He also served as an alternate on the U.S. Olympic rifle team in 1984 and won the World Cup Prone Championship in 1991, guaranteeing him a spot on Team USA. He retired from the military in 1994, after 23 years of active and reserve service. 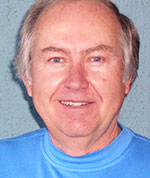 Vande Zande won a gold medal in rifle in the Pan American games in 1975 and followed that with a gold and two silvers in the 1979 games, plus countless other medals in competitions around the world. In 1981, he missed qualifying for the U.S. Olympic team by four-tenths of a point. Over his career, he set more than 200 national records. Also an Army veteran, Vande Zande competed for the Army Reserve shooting team and was inducted into the U.S. Army Athletic Hall of Fame. Vande Zande recently passed away after a long battle with pancreatic cancer.

Each recipient of the Distinguished Alumni Award will have an opportunity to speak about their professional experiences and memories of Murray State during the awards dinner. The event is open to the public and tickets are available for $40 at murraystate.edu/distinguishedalumni.