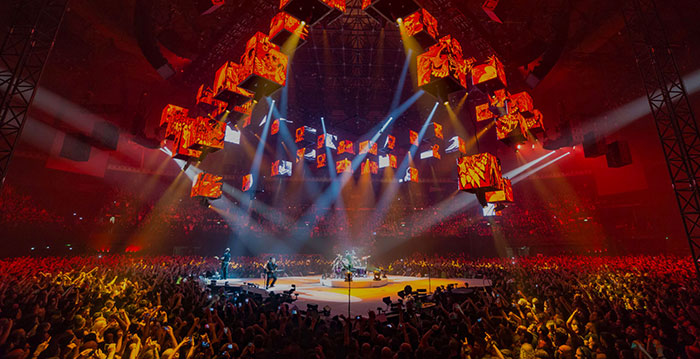 Louisville also broke the attendance record for the 2018-19 North American leg of the WorldWired Tour, becoming the highest selling stop on Metallica’s current 35-city tour. This was the band’s first-ever performance at the KFC Yum! Center since it opened in October 2010.

“Metallica was incredible from start to finish. The fan’s excitement and energy could be felt throughout the arena all evening,” said Eric Granger, KFC Yum! Center general manager. “We are proud to continue to work with the world’s leading live entertainment companies to bring the world’s largest touring acts to Louisville and grateful for the community’s continued support of the KFC Yum! Center and artists who play the venue.”