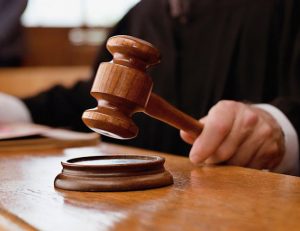 FRANKFORT, Ky. — Gov. Matt Bevin has appointed the Honorable David Cowan Buckingham to the office of Justice for the First Supreme Court District of Kentucky.

A native of Murray, Ky., Judge Buckingham graduated from Murray State University in 1974 and received his juris doctor from the University of Louisville’s Brandeis School of Law in 1977.

He began his 29-year judicial career in 1982 as a district judge for the 42nd Judicial District. Following that role, Judge Buckingham served as a circuit judge for the 42nd Judicial Circuit from 1987-1996. Judge Buckingham served from 1997-2005 as a Kentucky Court of Appeals judge and as the senior judge in Kentucky’s Court of Appeals from 2006-2010.

After serving as an appellate judge for 14 years, Judge Buckingham retired in 2011 and returned to private practice. For eight years, Judge Buckingham has served as counsel for both the Adams Law Firm and the Murray Independent School District. He has also occasionally assisted and consulted with other attorneys in appeals cases and litigation.

“I appreciate the confidence Gov. Bevin has shown in me by appointing me to the Kentucky Supreme Court,” said Judge Buckingham. “I pledge to the people of Kentucky that I will serve diligently and to the best of my ability.”

Judge Buckingham resides in Murray, Kentucky with his wife, Dianne Lee Buckingham. They have a son, Tyler Daniel Buckingham.

Judge Buckingham will serve subject to the provisions of Section 152 of the Constitution of Kentucky.