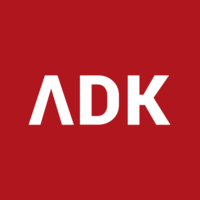 LOUISVILLE, Ky. — Blackstone Digital, formerly Blackstone Media, is now a part of ADK Group. The merger will combine Blackstone’s award-winning user experience design and B2B marketing services with ADK’s rapidly growing team of engineers, designers, and technologists. In joining forces, the company is now a team of over 65 people (and growing) with offices in Louisville, Ky., Boston, Massachusetts, and Medellin, Colombia, serving the full digital transformation needs of our customers.

This journey began in 2015 when ADK Group CEO Dan Tatar reached out to Blackstone Media founder Taylor to share a compliment on the recently launched Toyota Material Handling website. The site was incredibly innovative at the time and Dan was especially impressed by the user experience design and interactive experience, which ultimately won multiple industry awards. Equally impressed by ADK’s work and roster of clients, Blackstone sent a team up to Boston to share insights and discuss opportunities. This chance connection rooted in mutual respect between entrepreneurial companies led to years of partnership and eventually, to Blackstone’s acquisition by ADK in 2018.

In 2016, SpanTech Conveyors, a leading custom conveyor belt manufacturer based in Glasgow, Ky., hired Blackstone to launch a redesigned digital experience to drive new visibility and web leads. The project was a huge success, and SpanTech continued to grow. As they grew, SpanTech’s owners began to face internal operational technology challenges. SpanTech’s leadership reached out to Blackstone with their goals, but Blackstone wasn’t in a position to help at the time. Naturally, they recommended ADK’s application team for the job.

Since early 2018, ADK and SpanTech have been working together to develop a custom shop floor automation software that is setting SpanTech up to deliver their best-in-class conveyor solutions more efficiently. From custom applications to digital marketing and web design, the new ADK has become SpanTech’s partner in digital transformation.