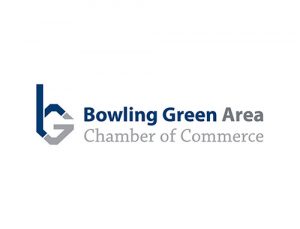 This most recent honor marks the sixth time in six years that the Bowling Green Chamber has been invited to apply for Chamber of the Year and the fourth time in as many years that the Chamber has been named a national finalist. Each year, the ACCE invites a limited number of its more than 1,300 members to apply for the award. The application process involves a rigorous review of a chamber’s structure, finances, member engagement, services and programs.

Chamber of the Year is the nation’s only award recognizing the dual role chambers have in leading businesses and communities. Chambers honored with this designation demonstrate organizational strength and impact key community priorities such as education, transportation, business development and quality of life. The award involves a multi-stage process including a detailed operations survey, application and interview. Only select chambers nationwide are asked to compete beyond the operations survey. The application process takes several weeks, with each department submitting detailed information and case studies on programs and initiatives. Finalists are then named based on scoring of the in-depth application process. From there, each finalist undergoes a 45-minute interview before a panel of judges comprised of former winners.

“We are thrilled to once again be named a finalist for the Chamber of the Year Award. The invitation-only application process is rigorous and comprehensive, and we wouldn’t be here without the hard work of our volunteers, our Chamber leadership, and our professional Chamber staff,” said Ron Bunch, president and CEO of the Bowling Green Area Chamber of Commerce. “Adding to our successful year of accolades, we are proud to once again be recognized on the national stage.”

Without lapse since 1972, the Bowling Green Area Chamber of Commerce has maintained its status as a 5-Star Accredited Chamber of Commerce, as named by the U.S. Chamber of Commerce, placing us in the top one percent of all chambers in America. The accreditation process is a comprehensive examination of every aspect of a chamber’s operations over a two-year period, including governance, finance, human resources, government affairs, program development, technology, communications, facilities and bench-marking.

Beyond its continued 5-Star accreditation, the Chamber has celebrated many 2019 accolades including: 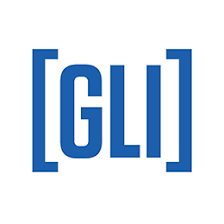 GLI, the Metro Chamber of Commerce and largest convener of business leadership in the 15-county region, was previously named ACCE’s Chamber of the Year in 2007 and was a finalist in 2018. Earlier this year GLI received five-star designation from the United States Chamber of Commerce, a designation earned by only three percent of chambers of commerce in the U.S.  The other two 2019 ACCE large Chamber of the Year finalists are the Salt Lake City Chamber and Greater Irving-Las Colinas chambers of commerce.

“GLI is a high-functioning chamber focused on growing the regional economy. As we recruit for the Louisville region to grow jobs, cultivate the workforce and advocate for the business community we are proud to be one of the top chambers in the country,” said Kent Oyler, president and CEO of GLI.

Chamber of the Year winners will be announced at the annual ACCE Convention July 14-17, 2019 in Long Beach, California.