LEXINGTON, Ky. — The warmer weather has been good to the real estate market in Central Kentucky. Total home sales spiked in April by 9%, hitting 1,180 total transactions in 2019 versus 1,085 in April 2018. This monthly total is the highest since August 2018 and the most in April for the association. April marks the third straight month for year over year increases. Single-family homes are sustaining the market with an 11% increase in April while condos/townhomes are down 21%. Year-to-date, total home sales are up 5%. Nationally, homes sales were down over 4% in April from a year ago.

Lexington-Bluegrass Association of Realtors President Al Blevins says that increased sales and a jump in new listings is a good sign of a strong market going into the prime selling season. He continued, “Buyers have more choices when looking at available properties at a time when the market is traditionally at its most active. This area of the country and, in fact, this area of the state, is very much in demand as we’ve seen by the sales activity reported.”

New listings on the market jumped three percent in April year-over-year reaching 1,830 listings and 9% compared to the prior month. Year-to-date, new listings are up 8% hitting a total of 6,141 new listings through April.

Total housing inventory has seen eight consecutive months of year-over-year increases with April reaching 3,628, an increase of 4% from April 2018 and up 5% from March.

“With an increase in inventory, homes are staying on the market slightly longer than they were a year ago but selling faster then they were last month,” said Blevins. “This, however, did cause the months of inventory to drop in April as homes were not being replenished as fast as they were selling.”

Properties remained on the market for an average of 57 days in April, two days longer than a year ago but down from 63 days last month. Fifty-seven percent of the homes sold in April were on the market for a month or less compared to 61% in April last year and the number of homes that stayed on the market for more than 120 days increased by more than 11%. The inventory of homes for sale dropped 3% from a year prior, reaching a 3.1-month supply in April versus 3.2-months in 2018.

Following a slowing of price appreciation from last month, April saw a modest three percent increase in median price year-over-year and the same from March. The median price for homes was $175,000. Interestingly, median prices dropped in three out of the five most active counties in LBAR’s jurisdiction including Fayette, Scott and Madison. Franklin and Jessamine both saw increases.

Blevins noted that interest rates not only maintained historically low rates moving into the spring but reached the lowest they’ve been since the beginning of 2018. Forecasters have predicted that mortgage rates will continue to slump and experts have stated that the Federal Reserve may even cut rates later this year.

“Mortgage rates being at or below 4% going into late spring and summer is definitely a positive sign for the market,” Blevins continued. “If the economy stays strong and inventory levels continue to rise and keep pace with sales, real estate should have a good year, maybe better than 2018. But the homes have to be available for buyers to make a move because there is stiff competition at most every price point.” 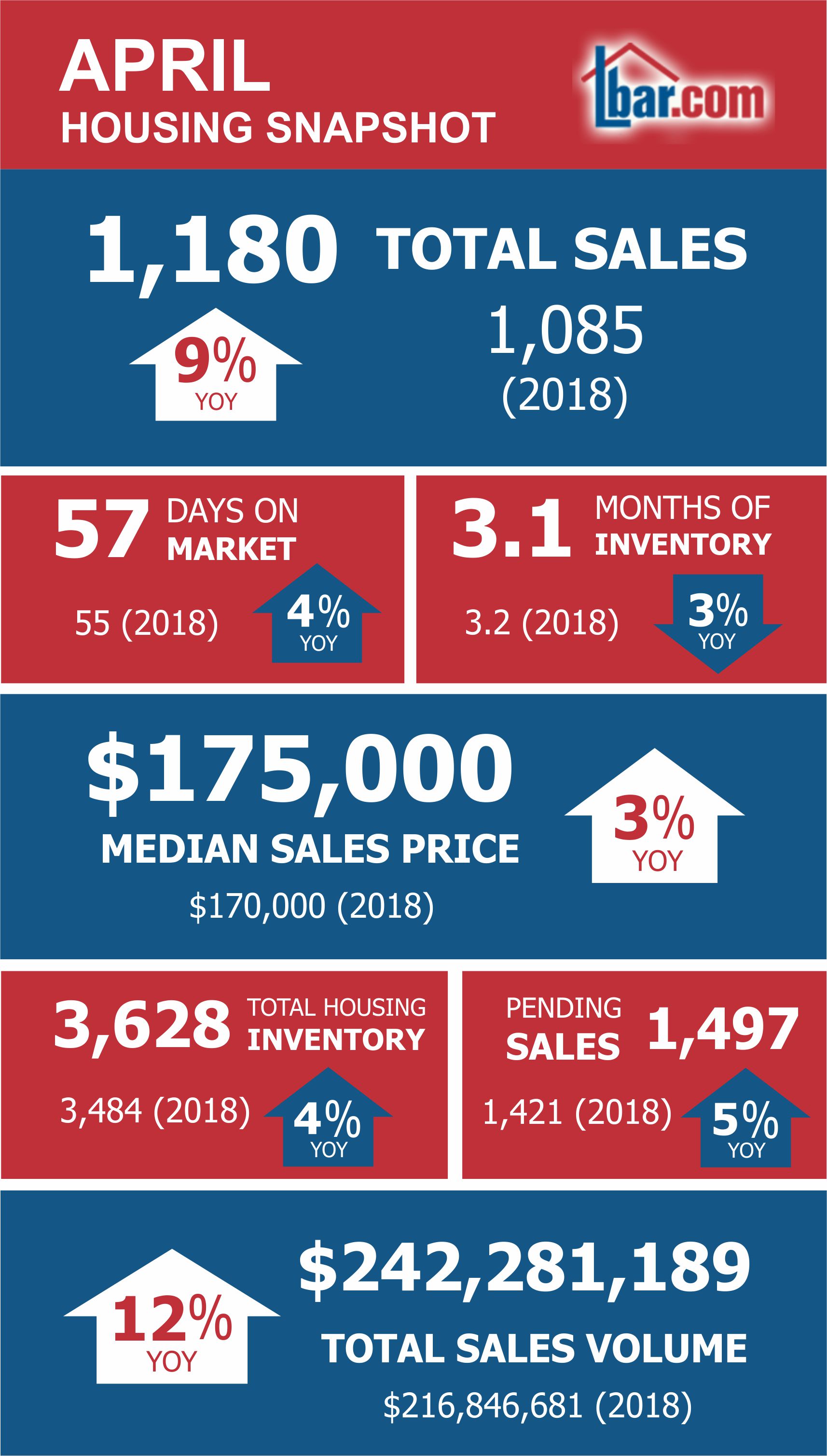