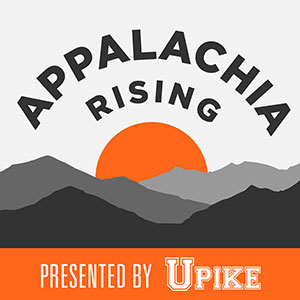 PIKEVILLE, Ky. — The University of Pikeville has launched a podcast with an innovative concept: Transform the narrative of Appalachia by highlighting leaders who are creating positive change in the region. Appalachia Rising presented by UPIKE is hosted by UPIKE President Burton Webb.

During each episode Webb talks with guests who are advancing Appalachia with inventive ideas and effective solutions to issues faced by rural areas.

Webb moved to Pikeville from Nampa, Idaho, in 2016 to lead the university as its 21st president. Having lived in other areas of the U.S. and with deep ancestral ties to Eastern Kentucky, Webb was quickly drawn in by Appalachia as well as its culture and, most of all, its people. He also promptly took note of the region’s often negative portrayal in the media at the state and national levels.

“When we, as a university, started to consider the types of things that would help Appalachia grow, develop and become the wonderful region that many of us who live here already believe it to be, we thought that it’s time for Appalachians to take control of the stories about Appalachia,” said Webb. “So much of what you see in the press outside of the region talks about the problems that exist here. We believe there are problems, but there are Appalachians creating solutions here that are fantastic. Those are the stories that need to be told. Telling them well is the reason we decided to create Appalachia Rising.”

Season One of the podcast contains six episodes and kicks off with a dynamic conversation between Webb and Executive Director of Shaping Our Appalachian Region (SOAR) Jared Arnett.

The Bottom Line: KY could see another budget surplus