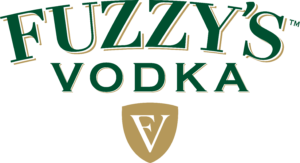 LOUISVILLE, Ky. — Louisville-based advertising and public relations agency Bandy Carroll Hellige (BCH) has been selected to lead communications efforts for Fuzzy’s Ultra Premium Vodka. The spirits brand, owned and operated by Fuzzy’s Spirits LLC, was created by Frank Urban “Fuzzy” Zoeller, one of the great characters and competitors of professional golf, recognized for his 10 PGA victories, including the Masters in 1979 and U.S. Open in 1984.

BCH will work with Fuzzy’s Vodka to build and grow the brand initially in select markets in Zoeller’s home state of Indiana, as well as in Florida. BCH is rolling out an integrated marketing communications campaign, which includes digital marketing, social media, print and outdoor advertising.

Fuzzy’s Vodka is quickly gaining recognition as an American super premium vodka. The product is 80-proof, crafted from Midwestern corn, distilled five times, and charcoal-filtered 10 times. Adding to its distinct flavor profile, a portion of the distillate is rested in new American oak barrels to complete this rare and extremely unique process. Fuzzy’s Vodka has been recognized by the spirits industry with numerous awards and accolades, including a 95 point rating in the Ultimate Spirits Challenge, and was recently named the top vodka for Moscow Mules with a Platinum rating from Tastings.com.

“The process behind creating the vodka was inspired by the passion that Fuzzy saw in golf equipment manufacturers endless quest to perfect golf equipment, and BCH will help us tell this story,” said Paul Massey, COO with Fuzzy’s Vodka.

BCH partner Tim Hellige said the campaign will play off the vodka’s namesake. “Fuzzy takes a fun approach to the sometimes-serious game of golf, and his vodka aims to do the same for cocktail drinkers.”