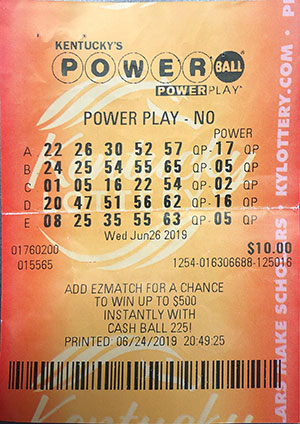 According to the player, the clerk at the convenience store the winner frequents knew someone from his store had won the $1 million prize. “When I walked in, the clerk said ‘It was you, wasn’t it?’ I laughed and said ‘yeah, right’. I went over to buy a soda and scan my ticket. All of a sudden, the ticket checker tells me I have a $1 million winner!” said the player.

He added, “The clerk then said, ‘Now I know it’s you. You’re shaking too hard.’”

While claiming the prize, the winner’s fiancé asked if they could finally get a new mattress. The winner responded, “It’s possible.”

The Powerball jackpot for tomorrow night’s drawing stands at an estimated $137 million.