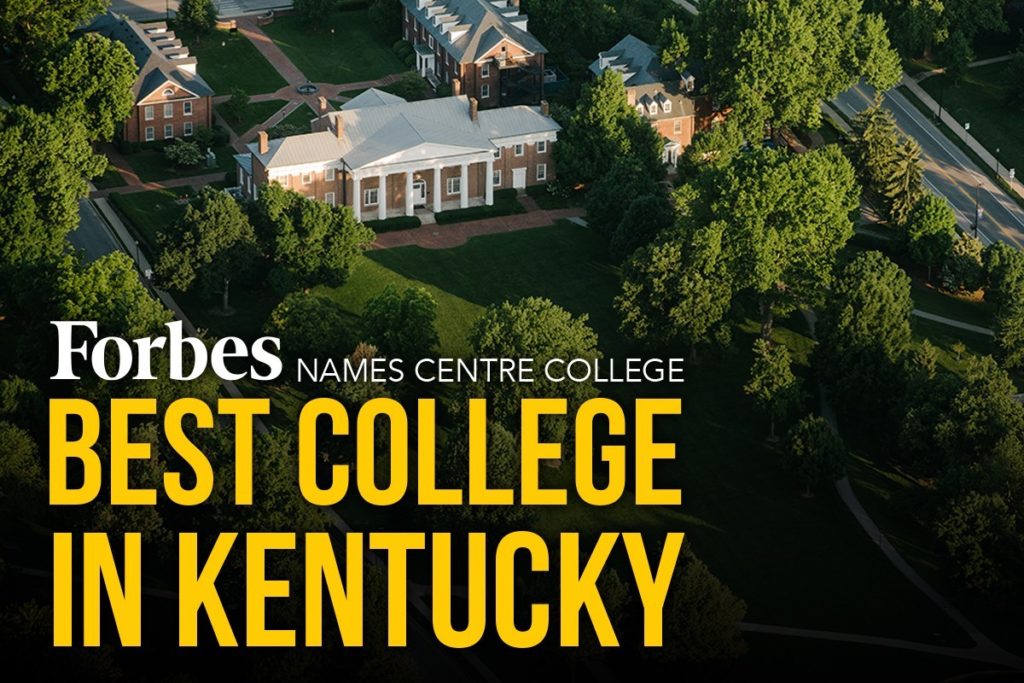 DANVILLE, Ky. — Forbes recently ranked Centre the best in Kentucky in its annual listing of the top colleges in each state. The designation confirms Centre’s reputation as the Commonwealth’s premier college, offering the best value in terms of affordability, opportunity and achievement.

To explain Centre’s distinction on the list, Forbes referenced the Centre Commitment as something that positions the College as a stand out among others in Kentucky.

The Centre Commitment guarantees that students will graduate in four years, a claim consistently backed by the College’s high graduation rate of 82%—the highest in the state. With this guarantee, Centre is routinely considered a best buy among other public and private institutions, both within Kentucky and nationwide.

Forbes also mentioned how Centre is more affordable, since nearly 90% of first-year students receive an average of $19,000 in institutional aid. In addition, Centre offers a number of premier scholarship programs, including the Lincoln Scholars, Grissom Scholars and Brown Fellows programs, offering qualified students full-tuition plus and full-ride plus opportunities.

Forbes couldn’t rank Centre as the best in Kentucky without acknowledging the College’s nationally recognized study abroad program. As another guarantee in the Centre Commitment, nearly 85% of students study abroad at least once. Centre offers residential programs in France, Mexico and London, among other places, as well as several short-term trips during CentreTerm.

In addition, the Centre Commitment guarantees students the opportunity to participate in an internship or on-campus collaborative research. Forbes highlighted the College’s annual campus-wide Research, Internships and Creative Endeavors (RICE) Symposium, which allows students to present their recent academic work in a variety of areas.

Centre Alumni offer solid validation of the value of a Centre degree, as noted by Forbes. An impressive 97% of students are employed or in advanced studies within one year of graduation.

“It’s fashionable these days to talk about return on investment (ROI), and while that is not the most important outcome of a Centre education, in my opinion, the College’s record for its four year graduation rate, its impact with study abroad, internships and undergraduate research and its placement record for first jobs and graduate-level education is remarkable—end of story,” said President John A. Roush.

“Centre’s storied history includes it having been known as the ‘best college or university in Kentucky and among the best in the nation’ for a great many years,” he continued. “That remains true today, and the clearest evidence of this being true is the disproportionate impact of our graduates across the Commonwealth and nation and around the globe.”