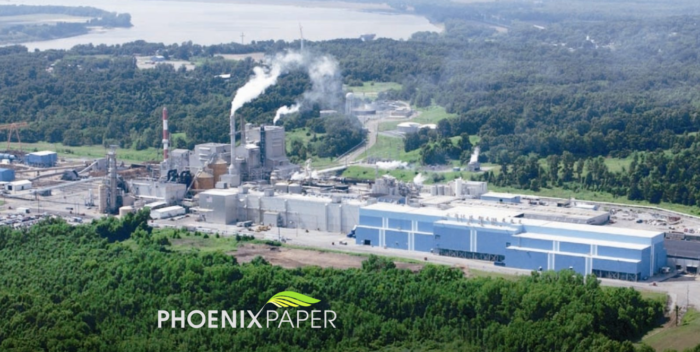 FRANKFORT, Ky. — Phoenix Paper LLC plans to invest $200 million to build a paper recycling facility on the grounds of the Wickliffe mill it purchased only a year ago, Gov. Matt Bevin announced Friday.

“This new recycling facility will bring a tremendous amount of additional economic activity to the West Kentucky region for decades to come. The project will further support Phoenix Paper’s commitment to create 500 good-paying jobs in Ballard County,” Gov. Bevin said. “The company’s ongoing investment in the Wickliffe region is truly proving transformative, and it further demonstrates how Kentucky leads the way as a destination for international investment in engineering and manufacturing.”

Company leaders plan to use the existing site to build a paper-and-pulp recycling facility. With an estimated 700,000-ton annual capacity, the new facility will receive post-consumer cardboard and mixed paper from various regional locations. Following cleaning and screening of the raw material, the stock will be formed and dried into industrial pulp and finished paper. Current design and equipment specifications are being finalized with construction to begin before the end of the year. The project is expected to be completed within 14 to 18 months.

Phoenix Paper’s expansion comes as the Bevin administration seeks to attract investment from China. Amid national-level tensions, Kentucky has led the way in laying groundwork for future business and job-creation opportunities between the two countries, which respectively represent the world’s largest and second-largest economies.

This past May in Lexington, Ky. hosted the U.S.-China Governors Collaboration Summit, a gathering of U.S. and Chinese leaders, financiers and private companies to promote further collaboration and economic development between China’s provinces and U.S. states. Executives from the Bank of China attended, providing opportunities to strengthen relationships with Kentucky leaders. Phoenix Paper is a longtime client of the Bank of China.

“Bank of China has held preliminary meetings aimed at providing additional funding for Phoenix Paper’s recycling project, which would support hundreds of jobs in Kentucky, as part of the governor’s direct efforts to attract Chinese investment during the recent summit,” said Raymond Qiao, chief lending officer for the Bank of China USA.

The project also represents a creative, pro-business and environmentally sustainable example of an approach to the increasing problem of mixed paper and cardboard recycling piling up across the U.S. Early in 2018, China stopped importing multiple types of materials from the U.S. for recycling.

The Kentucky Department for Environmental Protection is working with Phoenix Paper to ensure all necessary environmental permits are in place prior to opening.

A year ago, executives with Phoenix Paper, along with Gov. Bevin and local leaders announced the company would purchase the mill for about $16 million, refurbish it with a $150 million investment and reopen it, eventually creating 500 full-time positions. The mill opened early this year and produced its first roll of bleached, hardwood pulp on May 29. The facility currently employs more than 200 people and has an annual capacity of 300,000 tons.

The mill’s former owner, Verso Corp., faced a market shift away from coated paper for magazines and other print media. It idled the facility in late 2015, furloughing more than 300 employees, and closed the operation in July 2016.

“I can’t begin to express how excited I am for the people of Ballard County and the entire region. I want to sincerely thank Gov. Bevin and staff for their tireless efforts to bring jobs back to West Kentucky,” Carroll said. “We promised change when Republicans assumed leadership in the state, and under Gov. Bevin’s leadership, Kentucky is on the move! Finally, a huge ‘thank you’ to Phoenix Paper for continued investment in West Kentucky. Our people are very grateful!”

“The new recycling facility further establishes Wickliffe and West Kentucky’s relationship with Phoenix Paper as a company interested in investing in our workers and community over the long haul,” Rudy said. “This investment will have a huge impact by supporting job growth and boosting other local businesses, which will help our families for years to come.”

“I’m personally grateful to Phoenix Paper’s follow-on commitment to Ballard County and the broader region. The importance of the company’s investment, job creation and all the work to restart the mill to date, has been wonderful to witness, and it brings me great joy to see plans be made official for this new expansion,” Cooper said. “I look forward to continue in working alongside the company’s leaders, managers and employees during this project and for the long term. Best wishes to the future endeavors of Phoenix Paper, their corporate leadership of Shangying International and its sister companies.”

“We’re working in lock step with the company’s local management and executives in China, as well as city, county, regional and state partners to ensure Phoenix Paper’s overall success,” Chretien said. “This follow-on investment represents a tremendous positive development and will support many new jobs for families in Ballard County and West Kentucky.”

To encourage the investment and job growth in the community, the Kentucky Economic Development Finance Authority in a special meeting in August 2018 preliminarily approved a 15-year incentive agreement with the company under the Kentucky Business Investment program. The performance-based agreement can provide up to $25 million in tax incentives based on the company’s original investment of $150 million into the mill and annual targets of:

A detailed community profile for Ballard County can be viewed here. 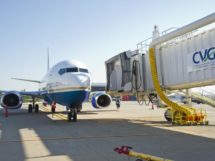 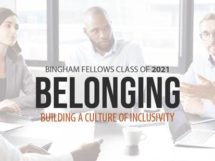 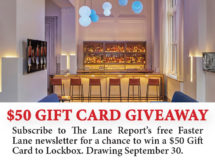