Known as the “American Saddlebred Capital of the World,” Shelby County is home to world-class equestrian events. It also houses the Presidential Mint Julep Cup at Wakefield-Scearce Galleries in Shelbyville and was designed by the gallery’s co-founder during Franklin Roosevelt’s administration. Old Stone Inn & Tavern in Simpsonville is more than 200 years old and now has a new owner and executive chef, David Danielson, who is also the executive chef at Churchill Downs.

Bourbon has been a draw in the county since the 2016 opening of Jeptha Creed Distillery, followed by Bulleit Distilling Co. a year later. Bulleit’s 300-acre campus has a 52-foot still and four barrel houses, each capable of holding 55,000 barrels, and a new visitor center. To attract more groups and individual travelers, ShelbyKY Tourism spreads the word nationally and recently received two Traverse Awards from the Kentucky Travel Industry Association Board. 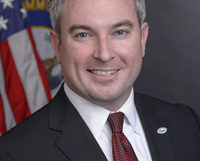