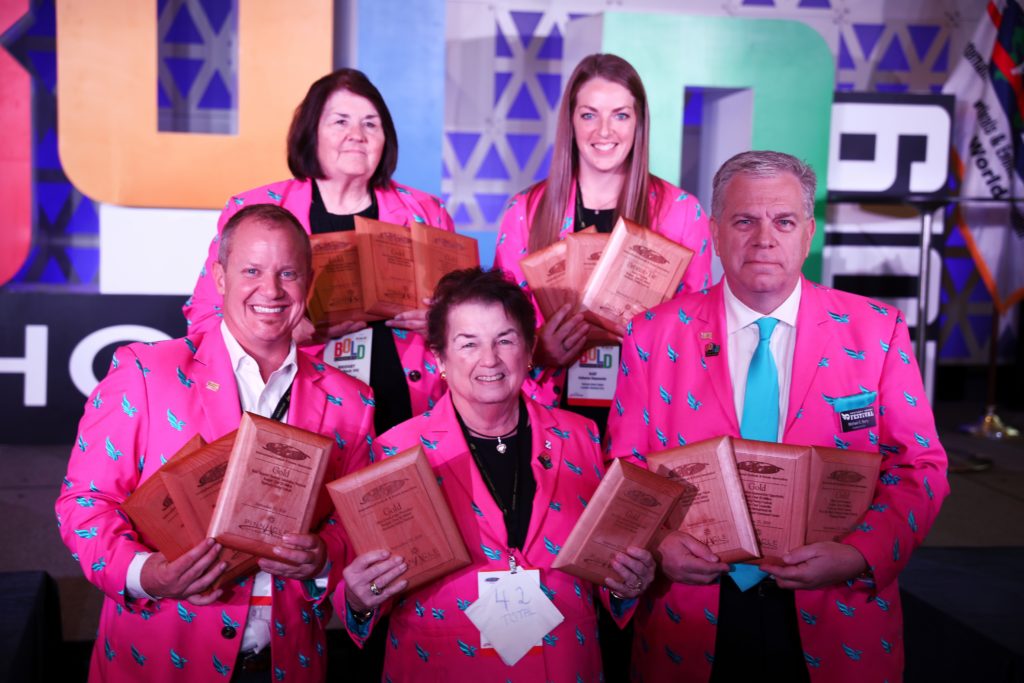 The Derby Festival tied for the Bronze Grand Pinnacle in the “Best Overall Festival Program” category, with the National Cherry Blossom Festival (Washington, D.C.), Pennsylvania Horticultural Society was runner-up with silver and the Vivid Sydney, Destination NSW (The Rocks, NSW Australia) won gold. The Grand Pinnacle is the IFEA’s highest award. The Festival competes each year against other major festivals and events from around the world.

“We take great pride in putting on a celebration for the community every spring,” said Mike Berry, Kentucky Derby Festival president and CEO. “These awards are truly a reflection of all the support we receive from our volunteers, sponsors and patrons. In my final days as CEO, it is a special honor to join our Festival partners in a celebration of our successes this past year.”

The festival won gold awards for: