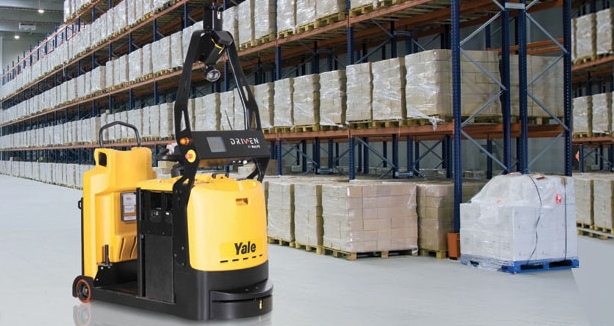 FRANKFORT, Ky. — Forklift manufacturer Hyster-Yale Group will invest $25.7 million on an expansion in Berea to greatly boost capacity at the facility.

“Hyster-Yale has been a strong economic partner in Madison County, and we are excited to see the company build upon its impressive track record of success,” Gov. Matt Bevin said. “Their investment affirms Kentucky’s status as America’s engineering and manufacturing hub of excellence, and we look forward to Hyster-Yale’s continued growth here in the commonwealth.”

Hyster-Yale recently celebrated the groundbreaking for the 160,000-s.f. expansion of its facility on Menelaus Road in Berea, Ky. which will increase the size of the operation and greatly increase its manufacturing capacity.

“To maintain a competitive position in an evolving global market, our organization must adapt and constantly evaluate new projects and investments,” said Rodney Wilson, director of manufacturing – Americas for Hyster-Yale Group. “We appreciate the state of Kentucky working with us on this project, and we look forward to the initial phase of our manufacturing expansion in Berea becoming a reality.”

Hyster-Yale opened its Berea facility in 1973 with annual production of approximately 5,000 trucks. The consolidated Hyster-Yale business has since grown to become an international company that shipped over 100,000 units globally in 2018, and currently employs approximately 7,900 people worldwide. The company’s subsidiaries include Nuvera Fuel Cells LLC, an alternative-power technology company focused on fuel-cell stacks and engines, and Bolzoni S.p.A., a global producer of attachments, forks and lift tables under the Bolzoni, Auramo and Meyer brand names. Hyster-Yale also has significant joint ventures in Japan (Sumitomo NACCO) and in China (Hyster-Yale Maximal).

Sen. Jared Carpenter, R-Berea, thanked the company for its commitment to the local workforce.

“This expansion is tremendous news for Berea,” Carpenter said. “It is hard to overstate the impact the company’s growth will have on our community. I would like to thank Hyster-Yale for continuing to choose this city to conduct their business.”

Berea Mayor Bruce Fraley said he hopes this is the start of continued investment for the company in Berea.

“We are very pleased with Hyster-Yale’s decision to expand the Berea plant. Hyster-Yale has been a strong and consistent employer, not only for Berea, but for all of Madison County and surrounding counties since the early 1970s,” Mayor Fraley said. “As of last August, Hyster-Yale drew employees who reside in 20 different Kentucky counties, most to them south and east of Berea, making Hyster-Yale a regional employer. They have a history of being a great corporate citizen and partner. Additionally, their investment in Berea demonstrates their commitment to the city of Berea, the Berea plant and the employees of the Berea plant. As they enter into the expansion process, we look forward to seeing Hyster-Yale continue to grow. We are also very appreciative of the Cabinet for Economic Development’s ongoing support for this project, and are hopeful to see additional investment in the near future.”

Jim Davis, chair of the Economic Development Committee within Berea’s city council, said the company is a great fit for the community.

“Hyster-Yale has been a good corporate citizen for several decades and has supplied good jobs to our citizens,” Davis said. “I think this expansion shows their intention to stay here for years to come. I am glad the city played a part in helping with this project.”

To encourage the investment and job growth in the community, the Kentucky Economic Development Finance Authority (KEDFA) approved Hyster-Yale for up to $600,000 in tax incentives through the Kentucky Enterprise Initiative Act (KEIA). KEIA allows approved companies to recoup Kentucky sales and use tax on construction costs, building fixtures, equipment used in research and development and electronic processing.

A detailed community profile for Madison County can be viewed here.