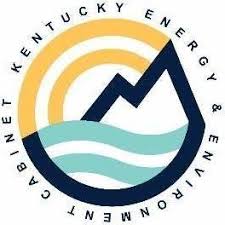 Current regulation governing the Kentucky Soil Erosion and Water Quality Cost Share Program limits farmers to a 75% cost share up to $7,500 per project, with a higher cap of $20,000 for animal waste projects such as manure storage structures, Kentucky Division of Conservation Director Paulette Akers told the Tobacco Settlement Agreement Fund Oversight Committee yesterday. The division intends to file a revised regulation with the state, however, that would set the cap at $20,000 for all conservation practices.

The increase in the $7,500 cap — which Akers said applies to around 53% of all state conservation cost-sharing applications — would be the first in 25 years, she said.

“We would not be able to do this without the fabulous partnerships we have with the conservation districts staffs, the people on the ground who work on one on one with the farmers and enter all of these applications in,” said Akers.

She also credited the Kentucky Division of Water, the federal Natural Resources Conservation Service, and other agencies for the regulatory change which Akers said has received the go-ahead from the Kentucky Soil and Water Conservation Commission, which administers the cost share program with assistance of local conservation districts.

Akers said that $3 million balance may be obligated as soon as early next year based on cost-share applications by this year’s Dec. 15 cut-off. Approval is based on ranking criteria and funds available, according to the division.

The Division of Conservation is part of the Department for Natural Resources, which is part of the state Energy and Environment Cabinet. According to the Cabinet’s website, the division provides assistance to the state’s 121 conservation districts by helping “to develop, administer and implement sound conservation programs across the state.”