House Bill 236 sponsor Rep. Matthew Koch, R-Paris, said the bill would allow the state to expand the number of qualified laboratories authorized to test the state’s hemp crop for THC (tetrahydrocannabinol), a psychoactive component found in hemp and other types of cannabis. THC testing of the state’s hemp crop is now handled by the University of Kentucky, which Koch said experienced a testing backlog over the past year.

Kentucky law limits the THC content of its hemp crop to 0.3 percent—the same limit imposed by the 2018 U.S. Farm Bill which also removed hemp from the list of federally controlled substances.

“As far as moving that (percentage), there’s going to have to be a lot of federal regulation by the USDA … before we are actually able to do that in Kentucky,” Koch said about the state’s THC limit. He was responding to concerns with the limit voiced by Rep. Kelly Flood, D-Lexington.

There is some discussion at the federal level about raising the legal THC limit of hemp from 0.3 percent to 1 percent, according to Rep. Richard Heath, R-Mayfield, who chairs the House Agriculture Committee. “However,” he said, “that is a federal issue.”

“I would support our federal delegation if they decide to go down that road, and I would encourage my colleagues to reach out to their congressmen and their U.S. senators to encourage them to change the definition of hemp from 0.3 to 1.0 (percent),” Heath told the House.

HB 236 would also clarify that the 0.3 percent limit on THC content applies to all hemp transported into or out of Kentucky. Licensed hemp processors could, however, legally transport “material” with a higher THC content within the state under the bill, as long as that material is taken directly from one licensed processing location to another. 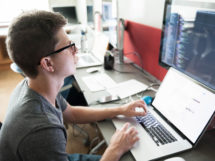