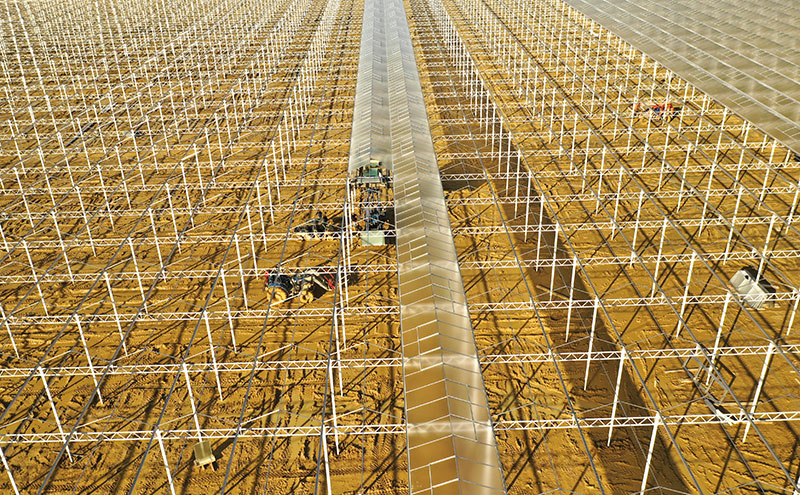 MOREHEAD, Ky. — AppHarvest announced Thursday it has closed an $11 million corporate funding round, as it expands operations to support indoor farms across Central Appalachia. The company’s first project — a 2.76-million-s.f. facility in Morehead, Ky. — is under construction and will begin operations later this year.

Combined with the company’s prior corporate funding rounds, including project financing, AppHarvest has attracted $120 million of investment into Appalachia in just two years. Participants in this round include the following:

• Equilibrium, which provided nearly $100 million in project financing for the Morehead facility.

With its vision to create America’s AgTech capital in Appalachia, AppHarvest is a Benefit Corporation and has been recognized for its focus on social good, providing better produce, better farming practices and better jobs. AppHarvest’s controlled environment agriculture facility in Morehead will create 285 full-time permanent jobs along with the 100 construction jobs already created. The dedicated construction staff already has 20 acres of the 60-acre facility under glass.

“Our region is mobilizing to become America’s AgTech capital,” said Jonathan Webb, AppHarvest founder and CEO. “The national and international support for our mission shows the degree of interest in working with Appalachia. We’re excited to lead agriculture forward and help our friends and neighbors create a more resilient economy.”

“AppHarvest is an amazing agri-tech company,” Gov. Andy Beshear said. “Kentucky is eager to expand our agri-tech infrastructure, and we are so pleased to start out on this journey with Jonathan and the team at AppHarvest, growing nutritious food and nearly 300 jobs in Eastern Kentucky that our people need and deserve.”