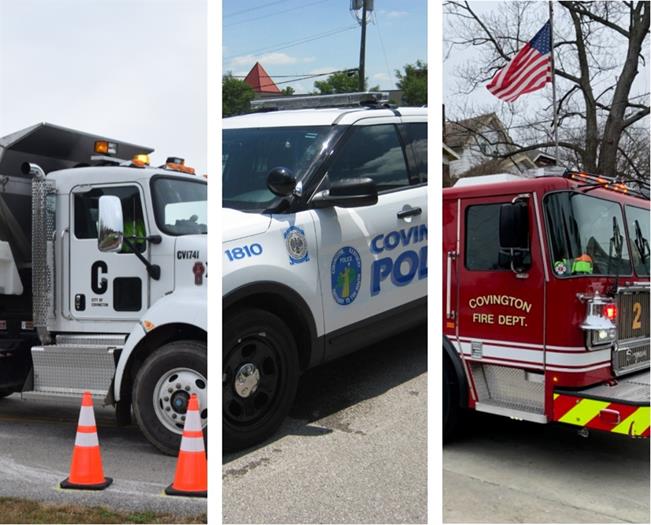 COVINGTON, Ky. — Calling the state’s management of public pensions “the biggest threat to the economic revitalization of our cities,” City of Covington officials are voicing their outrage in formal fashion over the continued shift of more costs to local governments.

Bemoaning the massive hits to the City’s General Fund and a “stampede” of retirements within its Police and Fire Departments, the Covington Board of Commissioners on Tuesday passed a resolution criticizing the “unwarranted increases” in pension contributions set in motion by former Gov. Matt Bevin.

The resolution also questions the leadership of the Kentucky Retirement System board and requests that new Gov. Andy Beshear and the General Assembly take specific steps to give cities relief.

The resolution echoes the thrust of a letter sent last week by Covington Mayor Joe Meyer to the new governor.

“We believe the changes to the (local government) employer contribution rates are unaffordable, unsustainable, unreasonable and unnecessary,” Meyer’s letter read.

How bad are the numbers for Covington?

In Fiscal Year 2018 – just two years ago – Covington paid $6.32 million into the state-run retirement system for the City’s firefighters, police officers, public works drivers, and other employees. In the current fiscal year, that number has grown to $8.3 million, and by Fiscal Year 2025 – less than five years from now – that figure is projected to more than double to $13 million, even if salaries and staffing levels were frozen during that five-year period. (To put those numbers in context, consider that Covington’s entire current General Fund budget is about $56 million.)

The skyrocketing pension costs have occurred because the Kentucky Retirement Systems board – with a majority of new members appointed by then-Gov. Bevin – decided a couple of years ago to mandate that local governments pay more into the larger KRS system to prop it up and reduce its unfunded liability. In 2018, the General Assembly passed a law that phased in the higher employer contribution rates, limiting the increases to 12 percent a year, compounded annually.

According to the resolution passed by Covington’s commission, the state’s poor management of the pension system has inflicted “severe damage” on cities:

The benefits changes “showed a KRS management that was oblivious and insensitive to the clearly foreseeable results of their decisions,” Meyer’s letter reads.
Or, as the resolution puts it: “the concept of fiduciary duty should not be followed so blindly as to lead to the death of the patient; and when the death of the patient is so obviously foreseeable, the treatment methodology absolutely and immediately should be changed.”
To spread the word and build support for its petition, the City is sending its pension resolution to members of the Northern Kentucky Legislative Caucus and to leaders of other Northern Kentucky cities.
The resolution asks that Gov. Beshear and the General Assembly, which is in the middle of its winter session, take four steps:
Meyer said Covington and many other cities have lost patience with the state’s heavy-handed mandates, the manipulation of data, and the insensitivity to the negative impact on local residents.
“With the new governor taking office and – hopefully – a new attitude in the General Assembly, we think it’s time to make our situation clear so that we can get some relief,” the mayor said.