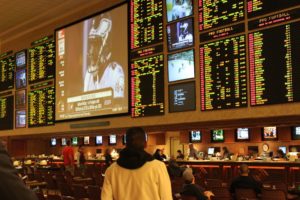 LEXINGTON, Ky. — Sports betting is a political winner in Kentucky. Two-thirds of voters support allowing sports betting in the Commonwealth, according to a new survey from Republican pollster Public Opinion Strategies.

Support rises even higher when voters hear that the revenue will go to fund state pensions (74% support, 24% oppose).

A plurality of voters say that a state legislator’s support for sports betting will make them “more likely” to vote in the future (31% more likely, 15% less likely, 52% no difference).

The bill would generate $22.5 million in new revenue every year – without raising taxes on Kentucky families – according to a fiscal analysis from Commonwealth Economics. The vast majority of the revenue would go to fund state pensions, providing a significant boost for teachers, first responders and other state and local government employees.

Introduced by State Rep. Adam Koenig (R-Erlanger), HB 137 is the only proposed legislation that would generate new revenue for state pensions that has a chance to pass the Kentucky General Assembly in 2020.

HB 137 passed the House Licensing, Occupations, and Administrative Regulations Committee in January by a unanimous vote.

News reports suggest the measure has more than enough votes to pass both chambers of the General Assembly.

Numerous groups from across Kentucky’s political spectrum have endorsed HB 137 including: