Home » Lexington among U.S. cities with the youngest workforces

LEXINGTON, Ky. — Lexington ranks among the nation’s cities with the youngest workforces according to a new study completed by SmartAsset.

Despite the aging of the American workforce, with adults 65 and older twice as likely to be working now compared to 1985, Census data shows that one in four workers in 2018 was still younger than the age of 30. Entering the workforce at a younger age can be advantageous, since it means there’s more time to save up for goals such as homeownership and retirement. It is important to note, however, that young workers have flocked to some cities more than others. In this study, SmartAsset examined the cities with the youngest workforces.

Considering data on the 100 largest cities in the U.S., SmartAsset analyzed the number of workers younger than the age of 30 as a percentage of total workers. For details on our data sources and how all the information is aggregated visit SmartAsset.com. 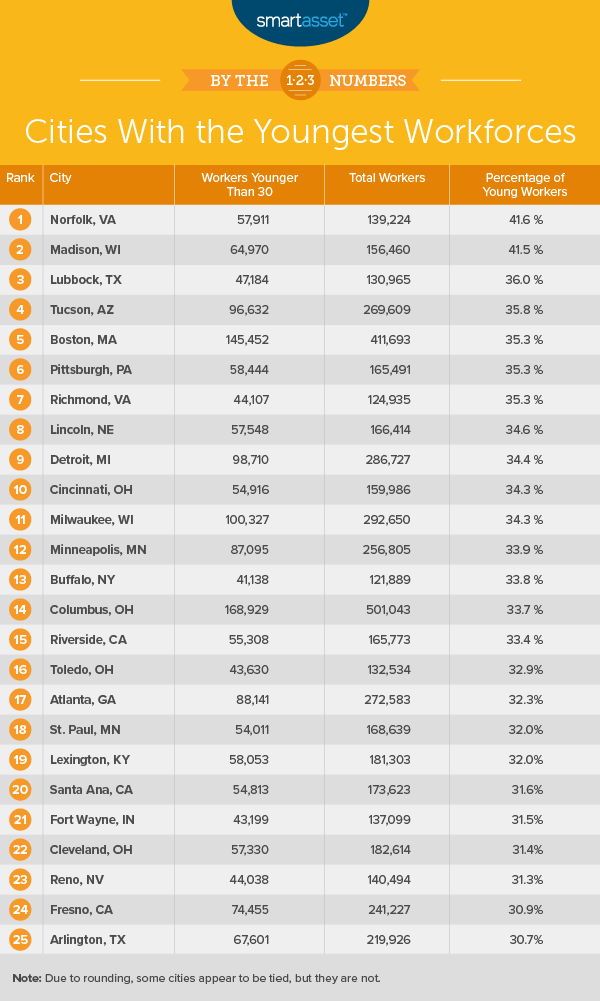