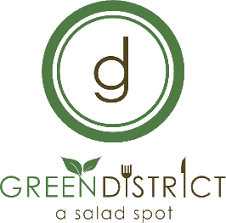 Louisville, Ky. — Green District, the Louisville-based fast casual salad concept with two local locations, has received a strategic private equity investment from The Castellan Group. This investment will significantly bolster the restaurant’s expansion plan over the next five years, which includes a new Louisville location in Middletown Commons, which is slated to open its doors in November.

Green District was founded by Jordan Doepke, Chris Furlow and Matt Petty, who met coaching soccer and share a passion for healthy living. The first location opened in St. Matthews in 2017, and a downtown location followed later that year. The company also operates two franchise locations in the Indianapolis area, and has plans to open a third Indianapolis location by the end of 2020. Green District has plans to enter the Cincinnati and Nashville markets in the coming months, for a total of eight locations by the first quarter of 2021.

This partnership represents the first growth initiative investment for the Louisville-based Castellan Group, who have set a goal of reaching $100 million dollars in revenue from Green District by 2026.

“We’re incredibly excited to take this journey with Green District,” said Barry Brauch, managing director at Castellan Group. “Consumers are hungry for healthier options when out on the go, and we’re thrilled to help this concept grow into a national brand over the years to come.”

Customers to Green District can choose from 11 signature chopped salads made before their eyes, or customize their own, selecting from nearly 50 fresh, never frozen, ingredients and 15 house made salad dressings. Salads can also be made into a wrap, and the restaurant offers a range of sides, including soups and pasta salad.

“Leading a healthy lifestyle is a top priority for us and our families and is the fundamental reason that led Chris, Matt and I to open the first Green District,” said Doepke, CEO of Green District. “Bringing this concept to more diners has long been a dream of ours, and we are looking forward to partnering with The Castellan Group to bring that dream to fruition.”

The Castellan Group was founded by twin brothers Sean and Scott Smith, who have a vision of being a generational partner for the families they serve by providing investment strategies and advisory, private investments and oversight, tax strategies and estate planning, philanthropy and legacy planning, and reporting and risk management.

For more information on Green District, and to stay up to date on developments as the company continues to grow, visit the website at www.gdsalads.com, or connect on Facebook and Instagram.