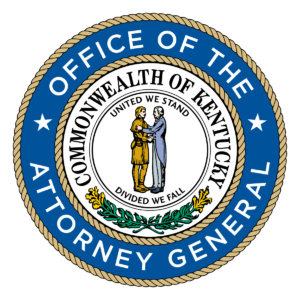 Frankfort, Ky. — Attorney General Cameron today announced updates to a February settlement with Mallinckrodt Pharmaceuticals (MNK), its subsidiaries, and certain other affiliates, following the opioid manufacturer’s plans to file bankruptcy. Under the new settlement, MNK will pay $1.6 billion into a trust as described below and will make $150 million in cash payments available at an earlier date.

“By moving up MNK’s first settlement payment, this new agreement provides resources more quickly to further our fight against the drug epidemic,” said Attorney General Cameron. “Last year, we lost 1,316 lives to lethal overdoses, and I am committed to securing every available resource for the Commonwealth as we tackle this crisis together.”

In February of 2020, MNK, the largest generic opioid manufacturer in the United States, agreed to a settlement with a coalition of 47 attorneys general and numerous local governments to resolve hundreds of lawsuits related to the company’s role in the opioid crisis. Since that time, MNK has taken on additional liability due to other legal issues and the impact of COVID-19. As a result, MNK is placing the entire company into bankruptcy, requiring the renegotiation of the previous agreement.

Consistent with the previous settlement, the new agreement creates a trust dedicated to abating the opioid crisis, including claims against MNK raised by non-governmental claimants. In addition to requiring MNK to pay $1.6 billion in cash to the trust, the settlement makes improvements to MNK’s payment schedule by shifting $150 million from the last scheduled payment to the first.

According to the amended settlement, MNK agrees to:

MNK also assents to make its opioid business subject to stringent injunctive relief, including to prevent misleading marketing and to ensure systems are in place to prevent drug misuse.

Details about how much each state will receive, how the money will be distributed, and how the trust will be administered are still being negotiated.