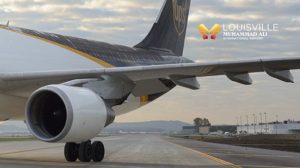 LOUISVILLE, Ky. — The results of the most recent economic and fiscal impact survey for the Louisville Muhammad Ali International Airport (SDF) and Bowman Field Airport (LOU) show that Louisville’s airports continue to drive business and fuel the regional economy.

While both airports are committed to connecting people and product across the country and around the world, the study results solidify that economic activity is expanding because of their combined operations and remain a vital contributor to the community, the Louisville Regional Airport Authority Board said.

The study revealed that both airports were responsible for:

“These figures show our airports continue thrive and be an essential asset to our local community and regional economy,” said Dale Boden, chair of the Louisville Regional Airport Authority Board, which operates and manages both airports. “Even as our industry evolves amid the challenges of the global pandemic, both of Louisville’s airports are looking ahead to ensure that we are prepared for the future and continue to serve the community and region.”

Both Louisville Muhammad Ali International and Bowman Field continue to be one of the largest private employment centers in the area. Nearly one in every eight jobs in Louisville Metro is due to direct or indirect operations at both airports. The two facilities are also responsible for generating nearly $1.00 in every $7.00 of tax revenue in Louisville Metro.

“We’ve always known that Louisville Muhammad Ali International Airport is a critical economic driver for the city, and this study really brings that home,” said Louisville Mayor Greg Fischer. “Our city thanks the Louisville Regional Airport Authority staff for their work, including their great partnership with UPS Worldport, which is another huge boost to our city’s economy and to our prospects for the future.”

“Almost 400 UPS flights arrive and depart from Louisville Muhammad Ali International Airport every day. As our main international air hub, SDF plays a critical role in allowing us to serve our customers around the world. The airport also has enabled our growth, and UPS now contributes more than 25,000 jobs to the region,” UPS Air District Vice President Jeff Simonic said.

The study also showed that during calendar year 2018, capital improvement projects at both facilities directly and indirectly employed more than 3,300 individuals and provided $18.68 million in total local and state tax collections.

“These on-going improvements and detailed projects to both Louisville Muhammad Ali International and Bowman Field are critical now to make sure we are prepared moving forward,” said Boden.

The study, conducted by Meench & Shanker, LLC, assessed the sum of business activities directly related to operations at both airports and the spending of visitors for calendar year 2018 to determine the total contribution of all aviation-related economic activity. Additional activity is included that is only made possible by the presence of civil aviation in Louisville.

The Louisville Renaissance Zone Corp., a sister organization to the Airport Authority with its 680-acre business park, was also included in this study. Because its existence is directly due to operations at the Louisville Muhammad Ali International Airport, that data is included with analysis for SDF specifically.

Louisville Muhammad Ali International Airport (SDF) has operated as a commercial airport since 1947, and is currently served by six airlines offering flights to more than 30 nonstop destinations. With just one stop, travelers from across the region can reach more than 460 destinations across the country and around the world. In 2019, Airports Council International World listed it no. 2 in North America and no. 4 worldwide for busiest cargo airports, moving up three spots globally.

Established in 1919, Bowman Field Airport (LOU) is one of the longest, continuously operating general aviation airports in the United States. It serves as a crucial reliever airport to SDF and its businesses provide flight instruction, aircraft repair and other maintenance needs for private planes and small charter flights. 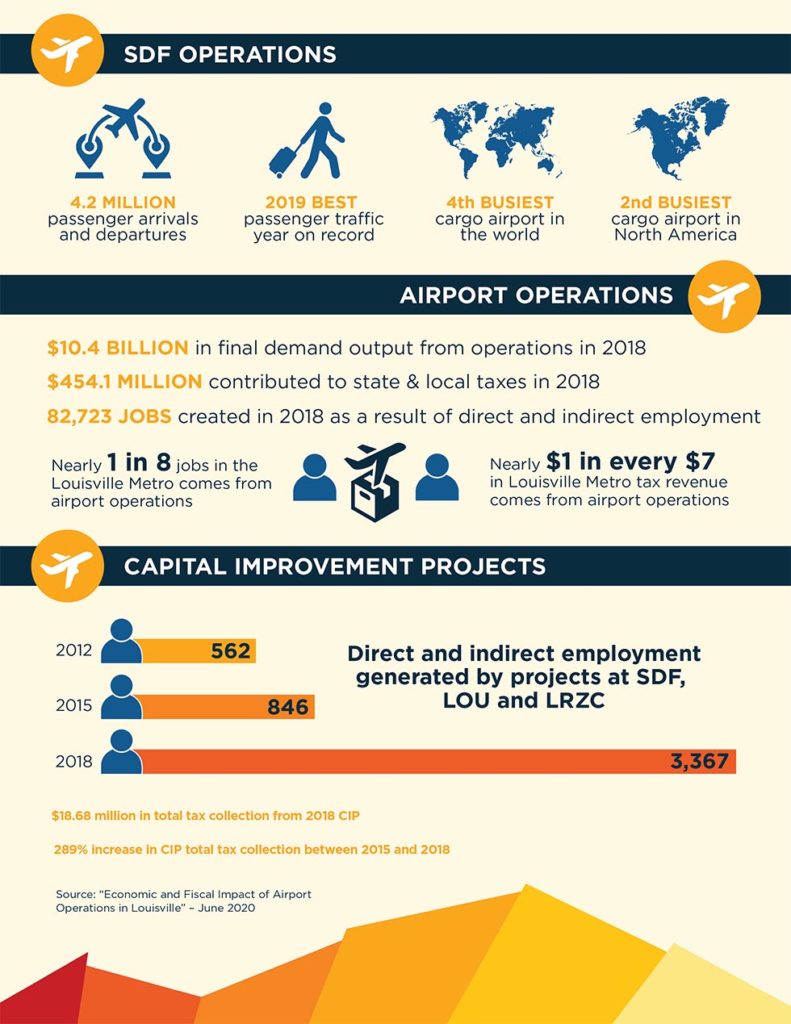