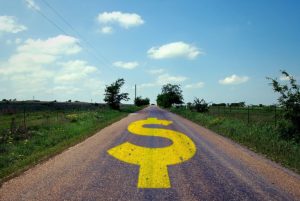 FRANKFORT, Ky. — State Budget Director John Hicks reported Tuesday that October’s General Fund receipts rose 3%, or $27.7 million, over last year’s total. Almost half of the increase was due to early payments of tangible property tax.  Revenues for the month were $948.4 million compared to $920.7 million collected in October 2020. Receipts have increased 5.1% for the first four months of the fiscal year and can decline 1.9% over the final eight months of FY21 to achieve the official revenue estimate of $11,603.1 million.

Hicks noted that the General Fund gains were largely concentrated in the major taxes and those increases offset declines among the smaller accounts.

“Sales and income taxes continued to exceed expectations over the first four months of the fiscal year. Early in the fiscal year, sales taxes and income withholding dominate the share of aggregate collections, making up roughly 77% of the total General Fund. Sales taxes have grown 6.8% and withholding has risen 5% from July through October. Excluding the impact of unemployment insurance benefits, withholding has grown 2.1%. However, while General Fund collections have grown by an aggregate rate of 5% this year, the rate of growth has declined each month.  General Fund growth was 7% percent in July, 5.9% in August, 4.9% in September, and 3% in October (1.6% excluding the advanced receipt of telecommunications property taxes). This four-month time period coincides with the expiration of federal fiscal stimulus to states, and more recently a surge in coronavirus cases.  In anticipation of the enactment of a new budget, the Consensus Forecasting Group will convene in early December to officially revise the revenue estimates for FY21 and FY22.”

Among the major accounts,