LOUISVILLE, Ky. — The Louisville Muhammad Ali International Airport (SDF) and the University of Louisville (UofL) last week announced they will collaborate on research that will enhance travelers’ experience and airport operations through innovation.

This is the first agreement of its kind for SDF, which will allow the airport campus – including all facilities, terminal and airfield – to serve as an innovation lab for UofL-led research projects. University faculty, students and airport staff will work together to identify opportunities for both technological and process improvements, then tackle them with UofL’s research capabilities.

“UofL is a world-class research university, and we are excited to establish this partnership with such a prominent institution in our community,” said Dan Mann, executive director of the Louisville Regional Airport Authority. “We strive every day to be the best airport in the country. This collaboration is another element in making that a reality.” 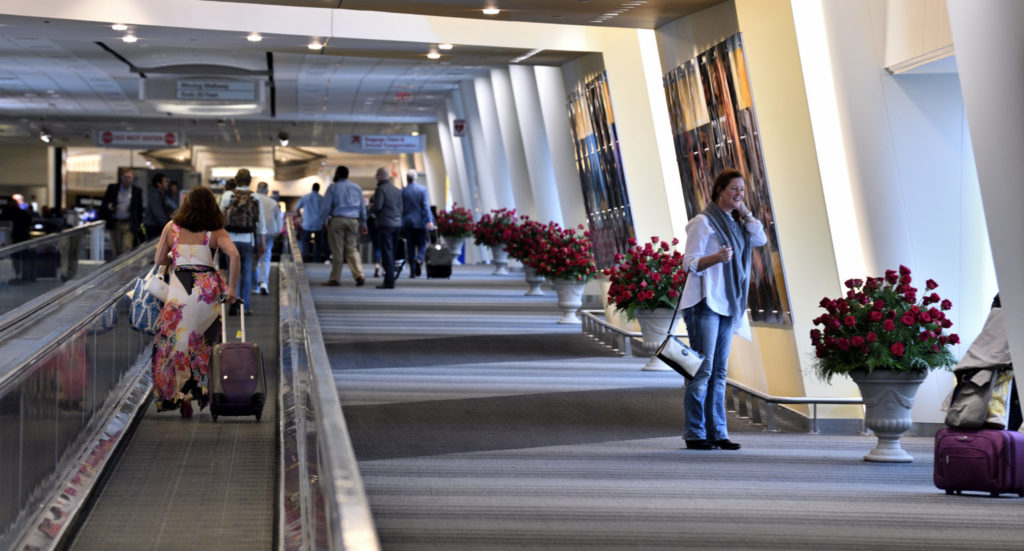 UofL will conduct an evaluation this summer to identify possible projects. Researchers specializing in everything from engineering to business will tackle those projects, finding solutions that could be implemented industry-wide both in the terminal and on the airfield. Examples might include developing runway surfaces with extended lifecycles or improving the efficiency of airport terminal operations and passenger movement through technology.

“As a top-tier research university engaged in its community, UofL is proud to work with the airport toward continued innovation and growth,” said Kevin Gardner, UofL’s executive vice president for research and innovation. “This collaboration offers our researchers and students a rich, real-world innovation lab, where their work can have a meaningful impact on how the airport operates and how travelers to and from Louisville fly.”

The collaboration also will create experiential learning opportunities for UofL students. The idea is to give them real-world experience and skills, developed by working side by side with researchers and airport staff, that they can apply when they enter the workforce.

The unique collaboration positions SDF as a leader in airport innovation, according to Darrell Watson, vice president of strategy and innovation for the Louisville Airport Authority. The ideas generated, he said, could revolutionize the way other airports operate.

“The thought of the entire airport campus as an innovation lab, is a concept I have explored for a while,” Watson said. “SDF can be the launching point of ideas and concepts that may potentially be game-changers in the airport industry.”

The Louisville Muhammad Ali International Airport (SDF) is owned and operated by the Louisville Regional Airport Authority. Seven commercial airlines offer nonstop service to more than 30 nonstop destinations from Louisville. SDF is home to UPS Worldport, moving millions of tons of product each year, making it the 2nd busiest cargo airport in North America and 4th in the world. Aviation is an economic powerhouse for the region, generating $10.4 billion in economic impact every year. One in 8 jobs is generated by the airports and their aviation partners.