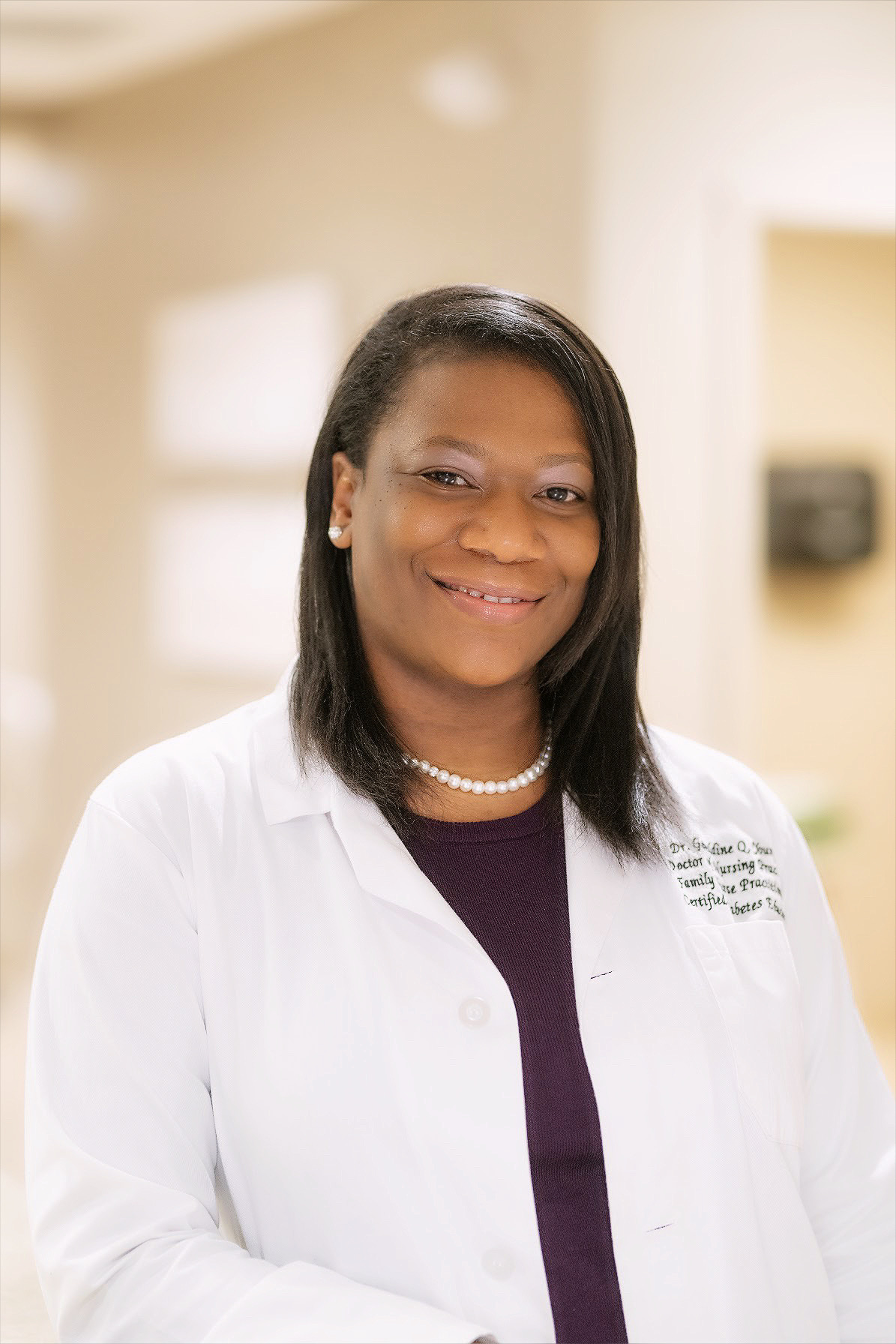 VERSAILLES, Ky. – Frontier Nursing University (FNU) Chief Diversity and Inclusion Officer Dr. Geraldine Young has been selected as one of 70 Visionary Leaders by the University of Alabama at Birmingham School of Nursing.

Young is a National Organization of Nurse Practitioner Faculties (NONPF) Leadership Fellow and Fellow of the American Association of Nurse Practitioners (FAANP). She has been deemed a content expert for one of the leading credentialing bodies for NPs, the American Nurses Credentialing Center (ANCC).  She serves on an array of national committees to advance nurse practitioner education, including the NONPF Curricular Leadership Committee and Conference Committee. She is also a member of the NONPF Board of Directors and a member of the American Association of Colleges of Nursing Essentials Task Force.

As a member of the Essentials Task Force and NONPF Board of Directors, Young is ensuring cultural diversity and inclusion are at the forefront of nursing education to address the health disparities and inequalities that exist in our nation.  She has effectively delivered models of clinical practice to improve the outcomes of underserved and minority populations with diabetes in conjunction with the Health Resources and Services Administration (HRSA) and the Centers for Medicare and Medicaid (CMS).

As a Visionary Leader Award recipient, Young will be honored at one of several virtual events to be held in April in celebration of the UAB School of Nursing’s 70th anniversary.

In the letter notifying Young of the recognition, UAB Dean and Fay B. Ireland Endowed Chair in Nursing Doreen C. Harper states there were over 100 nominations for the Visionary Leader honor.

“As a visionary leader, you have been recognized by your peers for your exemplary leadership, innovation, and far-reaching impact on nursing and health care,” Harper wrote. “This elite recognition, given to outstanding graduates of the School of Nursing whose commitment and accomplishments have set them apart, has been bestowed on only 60 other alumni who were named Visionary Leaders in 2010.”

Young, whose service in the nursing profession spans over 20 years, joined FNU in the fall of 2019. She holds a doctor of nursing practice from UAB (2010), an MSN from Alcorn State University (2005), and a BSN from the University of Mississippi Medical Center (2001).  She is also a board-certified family nurse practitioner (FNP) (2005) and certified diabetes care and education specialist (2011).