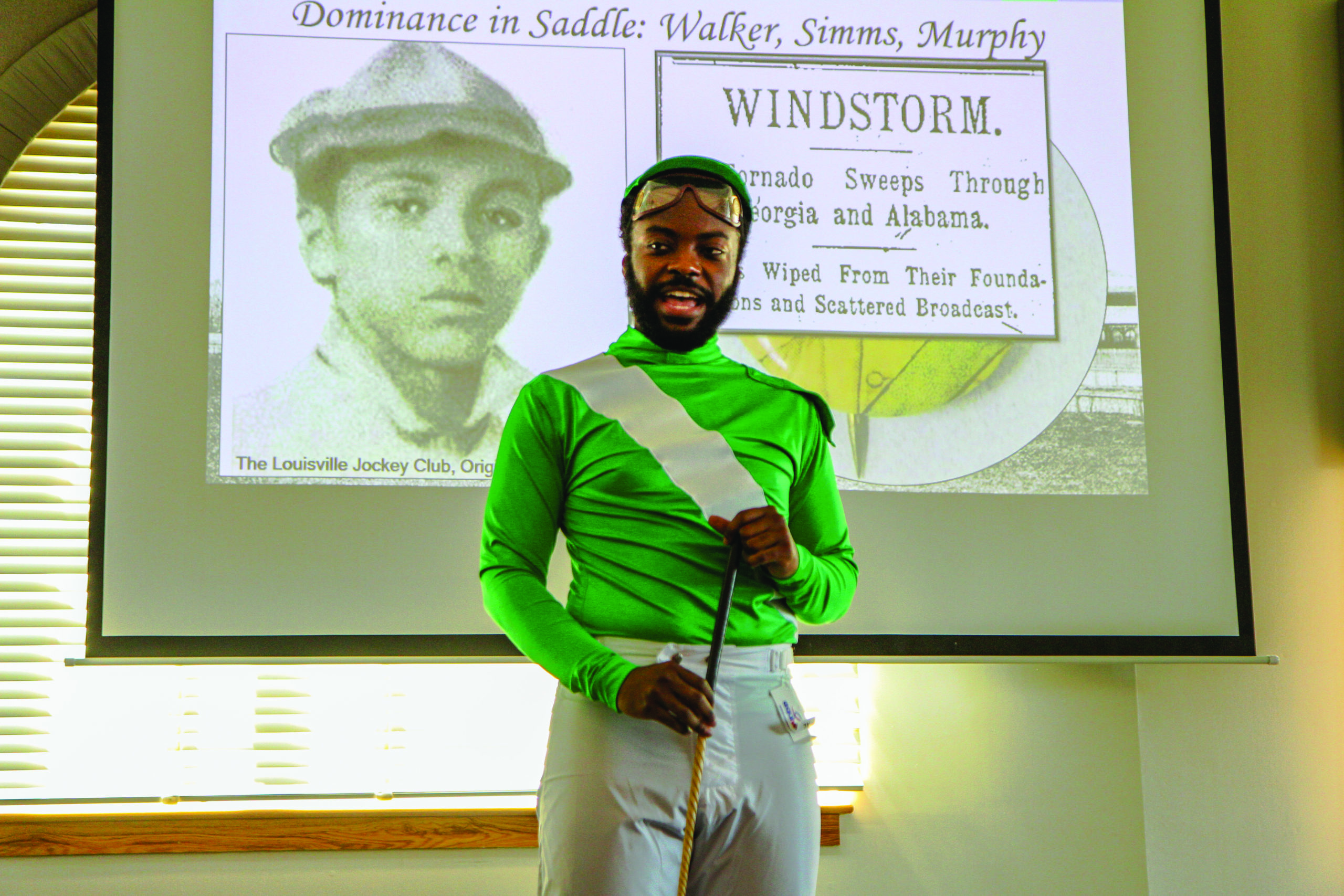 The “Proud of My Calling” experience is a 60-minute immersive program where visitors are introduced to Black horsemen through costumed actors, historic paintings, photos and objects from the past.

Some of these great horsemen include Oliver Lewis, a Black jockey who rode Aristides to victory in the first Kentucky Derby in 1875; Ansel Williamson, who was born a slave but became a successful trainer; and Isaac Murphy, who was also born a slave but came to be considered as one of the greatest jockeys of all time, winning three Kentucky Derbys and an estimated 44% of his races. (The average jockey today wins around 20%.)

“Proud of My Calling” is offered monthly and is $20 per person.

The 90-minute African Americans in Racing Tour takes guests on a walk through Churchill Downs Racetrack while making historically significant stops along the way. The tour reveals the profound impact African Americans have made on horse racing from the very beginning. (Thirteen of the 15 horses in the first-ever Kentucky Derby were ridden by Black jockeys and 15 of the first 28 Derby winners were ridden by Black jockeys.)

The tour is $15 per person and is available on Saturdays at 1 p.m.

The new programs are part of the Black Heritage in Racing exhibit, which has been a permanent display inside the museum since 1993, documenting the stories and contributions of Black horsemen in the sport of Thoroughbred racing. The exhibit walks guests through Black heritage in horse racing history, from the early days when Black horsemen dominated the sport to the Jim Crow era that led to the exclusion of Black jockeys and to modern times.

With support from Churchill Downs and the James Graham Brown Foundation, the exhibit has moved from the second floor to a larger and more prominent location on the first floor of the museum. The new exhibit space is just under 930 s.f., over 20 times larger than the previous exhibit space. The increased footprint allows the museum to display more of its collection of artifacts pertaining to Black history in the sport and add new components such as oral history interviews and artwork.

A traveling African Americans in Thoroughbred Racing exhibit is also being created to travel to other museums, community centers, visitor centers and churches.