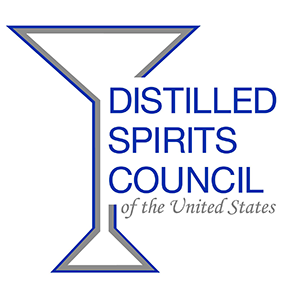 AUSTIN, TEXAS — The Distilled Spirits Council of the United States (DISCUS) unveiled its first-of-kind Luxury Brand Index (LBI), a new tool to analyze sales of spirits brands at the top end of the distilled spirits market, during the 2021 DISCUS Annual Conference in Austin, Texas.

Presented at a media briefing by David Ozgo, DISCUS Senior Vice President for Economic and Strategic Analysis, the LBI tracks sales of brands in six major spirits categories that sold for a retail price of $50 or more for a 750 ml bottle.

Price points for this segment of the market are more than three times that of the typical bottle and account for only 3-4 percent of total spirits volume. This represents approximately 105 million bottles sold, totaling more than $10 billion at retail.

“Across all major spirits categories, consumers are captivated by the quality, exclusivity, and heritage of luxury brands,” said Ozgo. “The sale of luxury spirits brands has spiked 125 percent between 2015 and 2020, and demand for these prestige products is growing.”

Americans’ renewed fondness for whiskey has helped Japanese whisky gain a strong foothold in the U.S. market in recent years. Many Japanese whiskies are luxury priced, and the segment grew at an annual rate of 42 percent between 2015 and 2020. Now totaling nearly 2 million bottles.

It has only been within the last 10 years that Americans have developed an appreciation for 100 percent blue agave tequilas. Since 2015, this new luxury category has enjoyed an annual growth rate of 30.7 percent. Now totaling nearly 28 million bottles.

Cognac is one of the traditional luxury spirits. While well established for decades, luxury priced Cognacs grew at an annual rate of almost 16 percent since 2015. Now totaling nearly 29 million bottles.

Irish whiskey has enjoyed rapid growth in the U.S. climbing at a rate of more than 14 percent annually since 2015. Now totaling more than 1 million bottles.

Single malt scotch, with its long and rich history, has many luxury-priced brands. In recent years, currency fluctuations and tariffs have presented challenges, but through the first six months of 2021, the luxury segment has returned to strong volume growth of 5.6 percent. Now totaling nearly 9 million bottles.