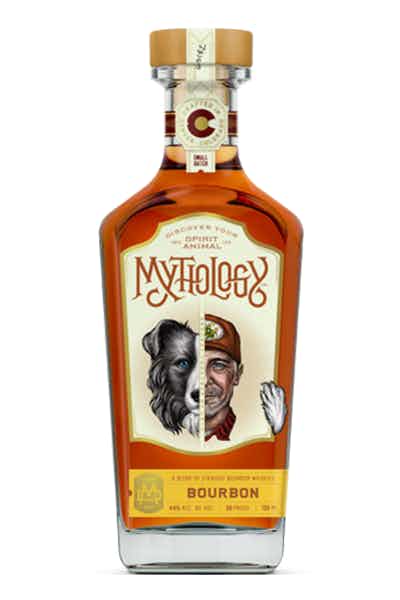 Founded in 2018 by three Colorado natives that seek out experiences through travel and adventure, Mythology’s passion is to bring people together and share stories while enjoying exceptional whiskey and gin cocktails. Since its debut, Mythology Distillery has become one of the fastest-growing Colorado distilleries and is quickly gaining national attention in the spirits industry.

Mythology has been recognized as Denver’s Top Distillery consecutively, and its whiskey, gin, and vodka have won more than 50 domestic and international awards. Awards include multiple Best in Class, Double Gold, and Gold Medals from several of the world’s most prestigious competitions.

Mythology has expanded the distribution of its Best Friend Bourbon, Hell Bear American Whiskey, and Needle Pig Gin to California, Tennessee, Massachusetts, Rhode Island, Michigan, and Montana. “We’re thrilled to have a customer following in Colorado, and now outside of Colorado, that seeks out our whiskies and gin.

We’re working around the clock to keep up with demand,” says Scott Yeates, Founder, and President of Mythology Distillery. “We’ve started to turn down distribution opportunities because of supply constraints, so earlier this year we began exploring opportunities to consolidate our operations and increase our production capacity. The Steamboat location is amazing since it allows us to expand our production and reach a national audience from a great community,” says Mr. Yeates.

Mythology Distillery is currently located in Denver with a distillery, cocktail bar, and secondary production facility. Mythology’s plans at the property include utilizing the existing 5,000 square foot brewery for production, building a rack house for aging whiskey as well as offering a whiskey garden experience for customers to enjoy cocktails and food.

“Our approach with our new home is to foster education and a community environment by offering distillery tours where guests get to learn about distillation, barrel maturation, taste gin straight off the still and whiskey straight from the barrel. Then be able to enjoy cocktails with friends around a fireplace or on a priest creek chair overlooking the valley.” Mythology will continue to operate a tasting room in their Denver location.

Scott’s plan is for Mythology to move its production to Steamboat in January of 2023 with the whiskey garden opening that Summer.