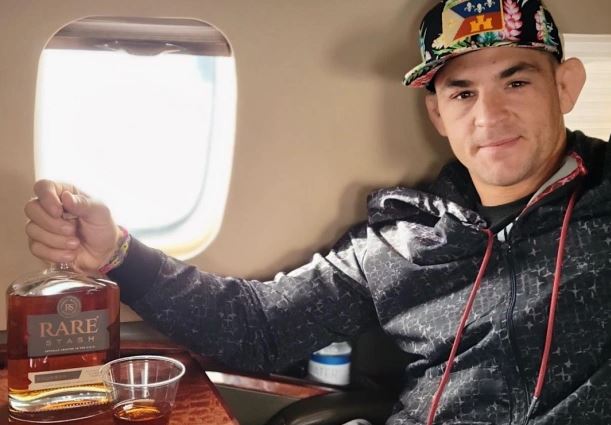 The Diamond announced his latest business venture in a Twitter video, saying: “What’s up man, I just want to say thank you to all my fans across the world, thank you for the love and support over the years. “I’m excited to introduce you guys to my Rare Stash, check it out. This bottle is full of celebrations, congratulations, second chances and amazing bourbon. You are invited to join me in enjoying my first batch of Rare Stash.”

Dustin Poirier’s whiskey has yet to go on sale, but former UFC heavyweight Brendan Schaub has already got his hands on a bottle. The fighter-turned podcaster wrote on Instagram: “My guy Dustin Poirier dropped his new bourbon and it’s DAMN good!

Poirier’s entering of the whiskey world has seen him follow in the footsteps of UFC superstar McGregor, who launched Proper No.12 Whiskey in September 2018.

McGregor, however, has since sold his stake in the company to Proximo Spirits, but the Irishman still remains the face of the popular brand.

Poirier’s whiskey could potentially be a lucrative endeavor given the success of his name-brand Louisiana Hot Sauce, which has sold thousands of units across the globe.