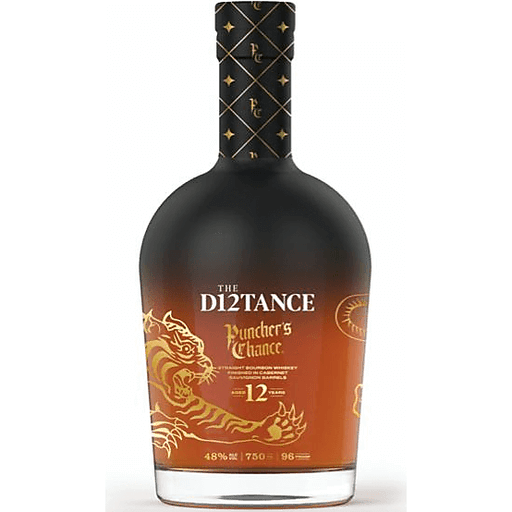 Just 70 barrels of The D12TANCE, sourced from the IJW Whiskey Company in Louisville, Kentucky, were born from a mash bill of 84 percent corn, eight percent malt, eight percent rye and a proprietary yeast strain.

With a complex aroma of vanilla, dark cherry fruit and toasted oak, this Tennessee Bourbon yields incredible flavor. At a respectable 96 proof, the warm hint of caramel and vanilla hits the palate first. As the proof gently fades, the tongue picks up a long, fruity finish reminiscent of the French Oak wine barrels in which the liquid rested for two months.

The D12TANCE is the second release from Puncher’s Chance – a new American Whiskey entry from Wolf Spirit, out of Eugene, Oregon, and comes on the heels of the fall 2020 release of the company’s foray into aged dark spirits with the release of Puncher’s Chance Kentucky Straight Bourbon. The brand name of Puncher’s Chance itself is a boxing reference, denoting that almost anyone is possible of a knockout punch, no matter what the odds. Naming our latest aged spirit entry The D12TANCE is a double entendre – referring both to the age of the liquid and the 12 official rounds in a formal boxing match.

The D12TANCE comes housed in the traditional Puncher’s Chance jet-black bottle with a gentle fade at the bottom to reveal the amber liquid within. The Puncher’s Chance tiger, a common symbol in boxing and MMA fighting, again graces the label, but this time in striking gold leaf making it easily identifiable on the backbar.